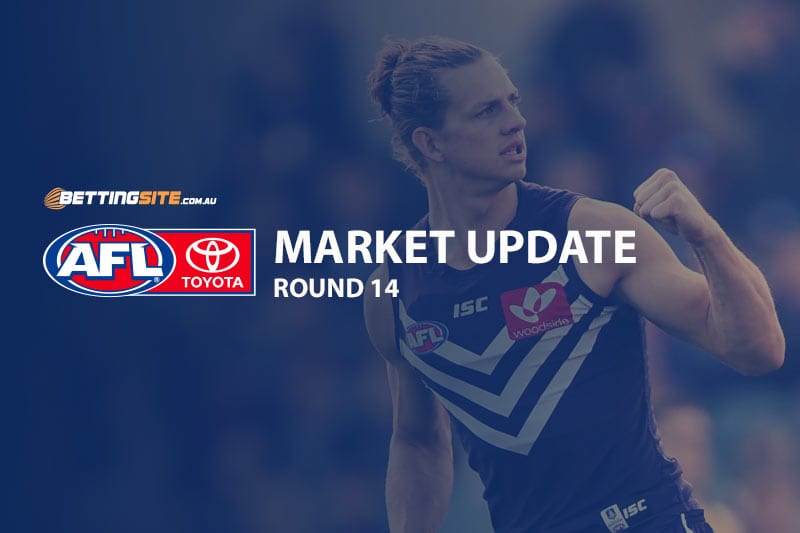 The final bye round for the 2019 AFL Premiership season will give six teams a well-deserved break and features six great match-ups.

The teams with the bye this week are Adelaide, North Melbourne, Gold Coast, GWS, Richmond and Carlton, which includes two top-four sides and the two bottom clubs.

The shortest odds for the round are $1.28, meaning there is potential for close contests and upset results in every game.

The second-last Thursday night match of the season will be between the West Coast Eagles and the Essendon Bombers at Optus Stadium. The home field advantage gives the Eagles $1.34 at Sportsbet, leaving the in-form Bombers with a healthy $3.10.

Both Hawthorn and Sydney have fallen lower on the ladder than initial expectations. They will do battle at the SCG on Friday night. The Hawks have won only one more game than the Swans, leaving them with $2.50 odds and giving the home side $1.50 favouritism.

The AFL community has been waiting for this Saturday of action as it will shape the rest of the season. Starting off with Melbourne and Fremantle at the MCG, the Dockers ($2.10) have the opportunity to jump into the top four if they can beat the Demons ($1.72), who have won only three games for the season.

St Kilda will host Brisbane at Marvel Stadium in the Saturday afternoon timeslot. The winner of this game will be a real chance for the finals. The Lions look more likely at $1.68, while the Saints are underdogs at home with $2.15 odds.

First and ninth on the ladder will clash at Adelaide Oval when the Power host the Cats. Although they are due for a response and are on their home deck, the Power at sitting at $2.80. The clinical Cats have $1.42 odds, which may rise as the week progresses.

Sunday’s clash between the Bulldogs and the Magpies will round out this week’s action, and it is an unmissable finale. The Bulldogs just about held on against the Blues last week but still sit at $3.60. Collingwood enters as the $1.28 favourite as the away side at Marvel Stadium.

Three of the top four premiership contenders had a bye this last weekend, leaving Geelong and Collingwood with the same odds as a week ago. Surprisingly, West Coast moved out to $8, which may be the team’s highest odds for the rest of the year. Injury-riddled Richmond has effectively left the conversation, opening the door for the Adelaide Crows at $12. Carlton and Gold Coast have been removed from the market completely. Despite sitting one win outside the top eight, the Saints have the worst odds available at $501, which could halve if they defeat the Lions this weekend.