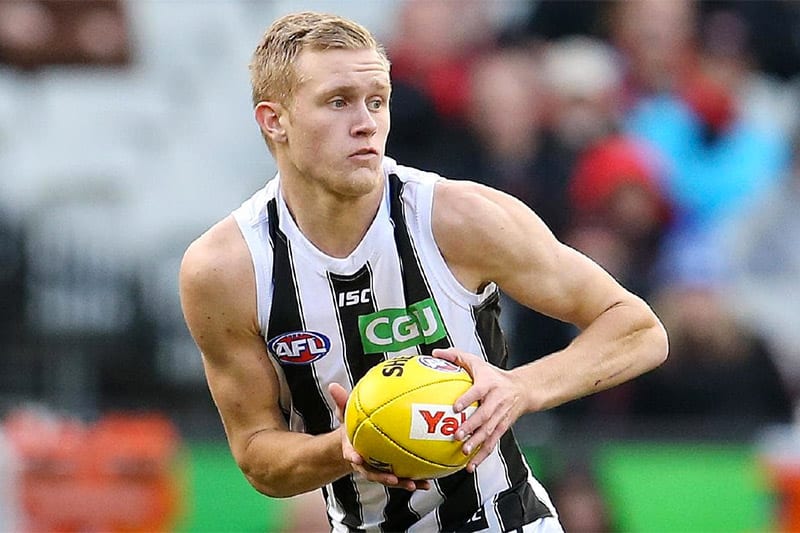 Jaidyn Stephenson has received a 22-match suspension and a $20,000 fine after admitting to multiple breaches of the AFL gambling code.

The Collingwood star is banned for the next 10 games, with the remaining 12 held over, and will miss the rest of the AFL 2019 home-and-away season.

Media sources revealed this week that Stephenson was under investigation for placing wagers on matches involving his own team.

It was initially believed the infractions related to a single stake of less than $50, but league officials confirmed today that last year’s AFL Rising Star had put on “three multibet wagers on three separate games” in which he played.

Two of the bets were placed by friends of Stephenson, while the other was made on another person’s online betting account.

The trio of wagers – none of which were successful – amounted to a total stake of $36.

The multis included several markets for Collingwood, Stephenson and other players, such as:

AFL general counsel Andrew Dillon said Stephenson’s actions “compromised the integrity of the game” and added that the guilty party “knew he was doing the wrong thing”.

“I’m embarrassed that I’ve let myself, my family, my teammates and our loyal fans down and I’m devastated that I won’t be able to pull on a Collingwood jumper for the next 10 weeks,” he said.

The news comes amid growing concerns over the impact of sports betting culture on the AFL community.

Brisbane Lions coach Chris Fagan dubbed it “the biggest thing we face in AFL football” when talking to reporters earlier this month.

It is certainly a problem for Collingwood, who have dealt with more than their fair share of gambling controversies in recent times.

It was only last year that Stephenson’s teammate Brayden Sier copped a $5,000 penalty for placing wagers on various AFL betting markets during the previous season.

The last player to miss weeks over gambling charges was Heath Shaw, who served an eight-match suspension in 2011 for a $10 bet on fellow premiership defender Nick Maxwell to kick the first goal in a Pies match.

But those penalties pale in comparison to the sanctions handed out to Stephenson, which are the harshest ever dealt to an AFL player for gambling-related offences.