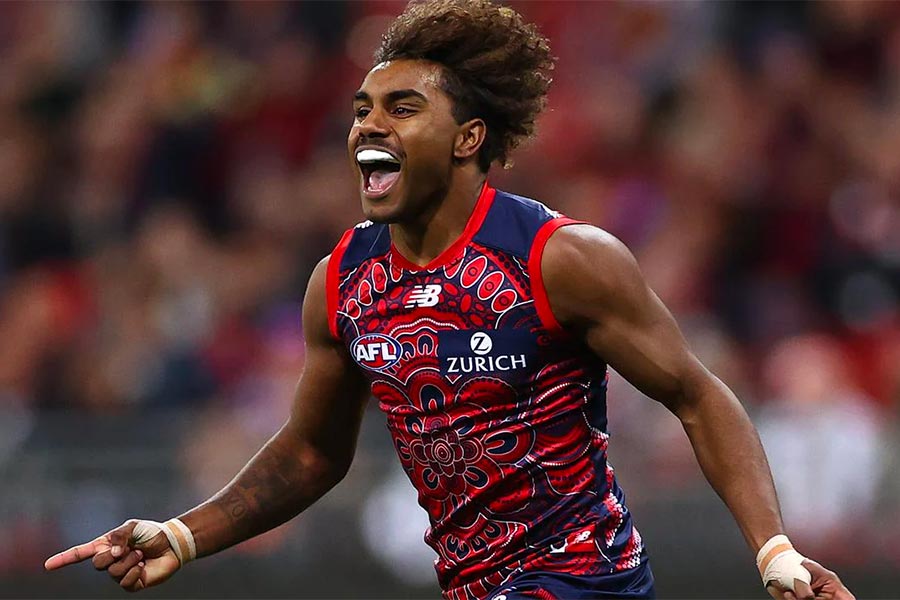 We have already brought you our 2021 AFL Grand Final betting tips and Norm Smith Medal predictions, and now we turn our attention towards a few other interesting markets for Saturday’s massive clash between Melbourne and the Western Bulldogs.

The first goalscorer betting market is one of the most popular options on footy’s biggest day, so we have singled out a top pick for each team – including one who will be looking to get one over his old side.

Much like the 2021 Brownlow Medal betting, Sportsbet punters have come up with a range of adventurous #BYO markets that you would not normally find throughout the home-and-away season, and we have picked out a few feature bets that appear to offer a bit of value.

Five Melbourne forwards have kicked multiple first-goals throughout the 2021 season, but our pick of the bunch is Kysaiah Pickett. The second-year superstar loves the big stage and is always dangerous in the forward half, having kicked 40 goals from his 24 matches in 2021. We can see Pickett applying his trademark pressure and being rewarded with the opening goal of the game.

The narrative of Mitch Hannan kicking the opening goal against his old side is very compelling, and we think it is a fair chance. The former Demon has averaged two goals per game since the start of the finals, while he is coming off a three-goal effort against the Power in the preliminary final. Hannan is a very smart forward with a strong aerial presence, and we think he can get the Bulldogs off to a dream start this Saturday night.

These two superstar Bulldogs midfielders have improved dramatically since their 2016 Grand Final, back when Jack Macrae and Marcus Bontempelli combined for 55 disposals. Considering Macrae is averaging 37 disposals per game in this year’s Finals Series, we think he and ‘The Bont’ can manage 60 touches between them.

Bailey Smith’s rise to glory in this AFL Finals Series has been well-documented, having kicked eight goals and collected 70 disposals thus far. James Harmes has been important for the Demons at half-forward this year, while his spurts through the middle are also impactful. Harmes and Smith both play a similar role, and we think they are two players to keep an eye on in this contest.

These three Melbourne stars have kicked 120 goals between them this season, but we only need one of them to split the middle per quarter for this bet. The beauty of this tip is how flexible it can be, as Christian Petracca could go goalless and it the tip would still get up if Fritsch and Pickett get the job done. These three goalkickers should feature prominently on the night, making this a fun tip to keep you invested in all four quarters.