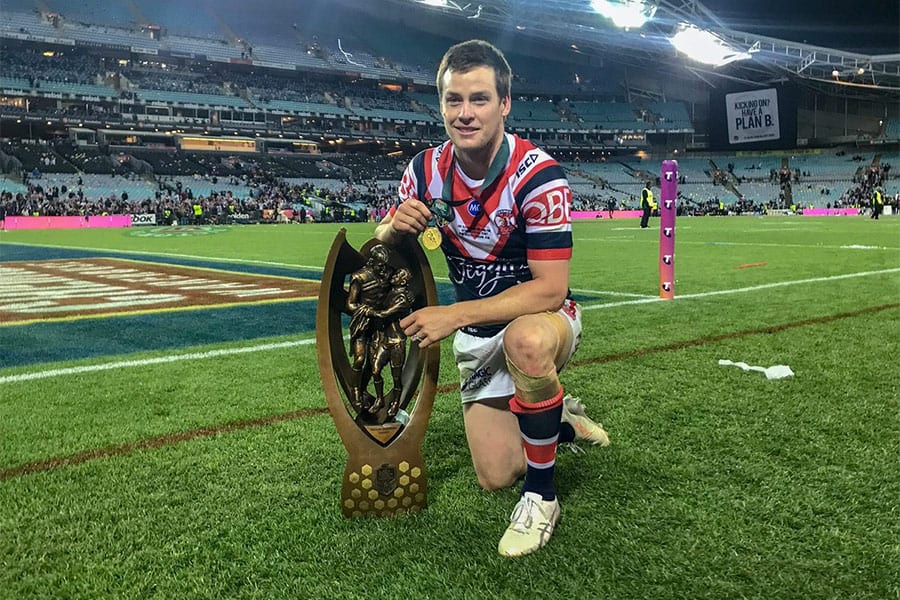 There are some big names in the running for this year’s Clive Churchill Medal, which is awarded to the player adjudged best aground in the NRL Grand Final.

The Sydney Roosters are hot favourites for the flag, and that fact is reflected in the outright odds for the BOG award.

James Tedesco is aiming for a rare quaddie of individual honours in 2019, having already collected the Wally Lewis Medal, the Brad Fittler Medal and the Dally M Medal.

Luke Keary is a chance to become the first back-to-back recipient, while Cooper Cronk is another who could join the exclusive club of multiple winners.

The Canberra Raiders might be the outsiders in NRL Grand Final betting, but they have plenty of likely candidates for the Clive.

John Bateman has starred on the second row this season and Charnze Nicoll-Klokstad has shone at fullback, while Jack Wighton has flourished in the halves.

And it would be foolish to overlook the likes of Jarrod Croker and Josh Papalii, whose experience and leadership will prove invaluable.

James Tedesco ($5 at Ladbrokes): Is there anything Teddy won’t win this season? The former Wests Tigers man has found a new level in the second half of the year and looks primed for a big one on Sunday night.

Cooper Cronk ($7 at Sportsbet): It was Keary who stepped up when Cronk played injured last year, but there is a good chance the veteran Queenslander will be the one pulling the strings this time around.

Josh Hodgson ($11 at Ladbrokes): The Raiders have returned great value from their English stars in recent years, with Hodgson now firmly established as one of the best hookers in the NRL.

Josh Papalii ($17 at Bet365): With 15 Queensland caps under his belt, Canberra’s star prop is no stranger to pressure and will need to play a big game if the Raiders are to win.

Boyd Cordner ($15 at Bet365): The Sydney co-captain has made his presence felt in the finals series, scoring tries in both of his side’s wins. He is a natural leader who thrives in big games.

Latrell Mitchell ($17 at Ladbrokes): Since the Clive Churchill Medal was introduced in 1986, no starting centre has ever won it. While that stat is a worry, we all know what Mitchell can do.

Jack Wighton ($21 at Sportsbet): Sometimes you see a discrepancy in the odds and you have to take advantage. Other bookies have Wighton around $10 or $11, so the value on offer at Sportsbet is obvious.

John Bateman ($21 at Sportsbet): Like Wighton, Bateman is priced much shorter than $21 at most online bookies. The English second-rower has enjoyed a terrific season and will want to finish on a high.

Aidan Sezer ($34 at Sportsbet): Halfbacks have won more Clive Churchill Medals (10) than any other position, so it would be daft to completely rule out Sezer at long odds.

Charnze Nicoll-Klokstad ($34 at Ladbrokes): CNK racked up 1,697 kick return metres this season and catches the eye with ball in hand, which makes him a good outside prospect at fullback.

Jared Waerea-Hargreaves ($41 at Ladbrokes): He is much more likely to visit the sin bin than to win the Clive, but JWH has what it takes to make an impact on the biggest stage.

Sam Verrills ($51 at Bet365): He may be young, but Verrills has done enough in the no.9 jersey to earn a GF start ahead of club co-captain Jake Friend.