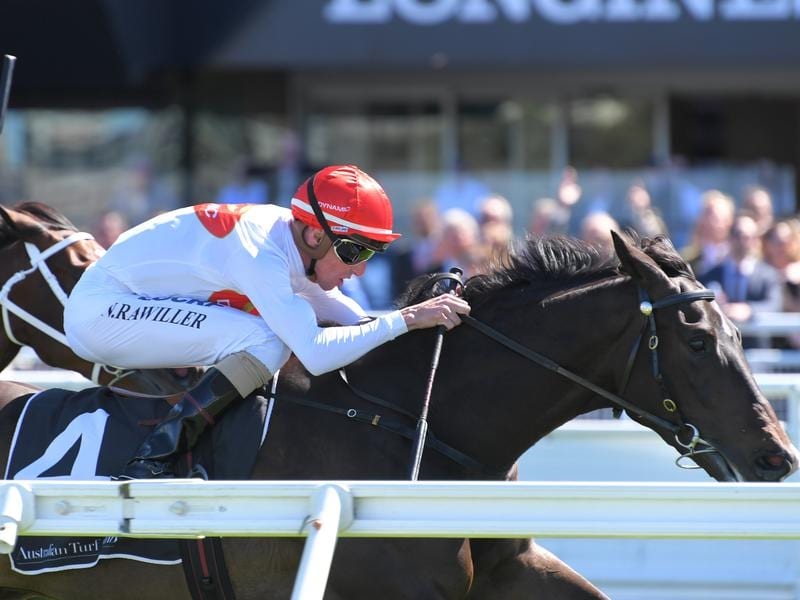 Yao Dash has emerged as a Golden Rose candidate after winning at Randwick.

Three-year-old Yao Dash has given training partners Gai Waterhouse and Adrian Bott plenty to think about after making it two wins from as many starts against a quality field at Randwick.

Starting the $3.30 favourite, Yao Dash was coming off a dominant maiden win at Canterbury in slick time and made the running in Saturday’s Strawberry Hill Stud Handicap (1300m), kicking strongly to deny Funstar ($6) by half a length with Emeralds ($41) another three-quarters of a length away.

Yao Dash holds a nomination for the Group One Golden Rose (1400m) and Bott says the stable will give serious consideration to that race after Saturday’s performance.

“He’s given us a bit of thinking to do about the path forward,” Bott said.

“We wanted to see him take that next step today which he’s done.

“He’s got the nomination for it, whether we take a more conservative path or whether we throw him in the deep end, that’s what we’ve got to decide in the next 48 hours.”

There are several lucrative options for Yao Dash in Sydney this spring, including the $1 million Bondi Stakes, a new addition to the carnival program.