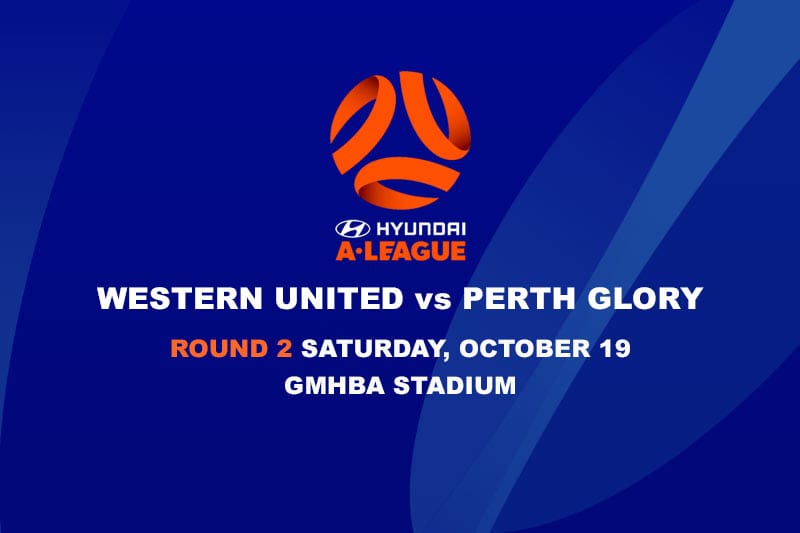 These two exciting clubs are set to lock horns for the first-ever home match for Western United, the newest team to join the A-League competition.

Both teams were good enough to score in their season openers. While United secured a victory over Wellington in their league debut, Glory couldn’t hold on to an early lead and finished with a draw against Brisbane Roar.

United and Glory have already displayed different styles in their respective openers.

United were happy to let Wellington to pass the ball, conceding over 550 passes but not allowing a score. Perth fired a league-low six shots last week, but the title fancies boast a powerful attack and will only become more potent as the campaign wears on.

Their is a faint whisper from the west of Melbourne that suggests United could become a threat this season, and that will rise to an audible murmur if they can knock off last year’s grand finalists.

United vs Glory stats and trends

Besart Berisha anytime goalscorer @ $2.75 with Bet365
The greatest goalscorer in A-League history has already proved a welcome addition to the competition’s newest franchise. Berisha kicked the inaugural goal for United in their 1-0 win over the Phoenix, securing the club’s first victory. Despite his 34 years of age, Berisha is still the most dangerous asset for United.

Bruno Fornaroli anytime goalscorer @ $2.10 with Bet365
The former Melbourne City star has struggled to get on the park in recent times, but a move to a new club has given him a new lease on life. The 2015/16 A-League Golden Boot winner will be in the frame to score for the talented Perth Glory squad that will want to show more attacking intent this week.

Over 2.5 goals @ $1.84 with Sportsbet
The first match for both clubs panned out in contrasting ways, with United attempting 16 shots for only a single goal and Perth putting through one from only six shots. Both sides have the attacking weapons to trouble the opposition defence and a high-scoring affair is never far away when the Glory are involved.

Perth Glory half-time/Perth Glory full-time @ $4 with Bet365
Not only did Perth Glory win the A-League Premiership last season, they also signed some talented players before commencing their run this season. With multiple stars that can hit the scoreboard, it’s likely that Glory will get through the new defensive structure of United and score before the half, going on to hold their lead until the final whistle.