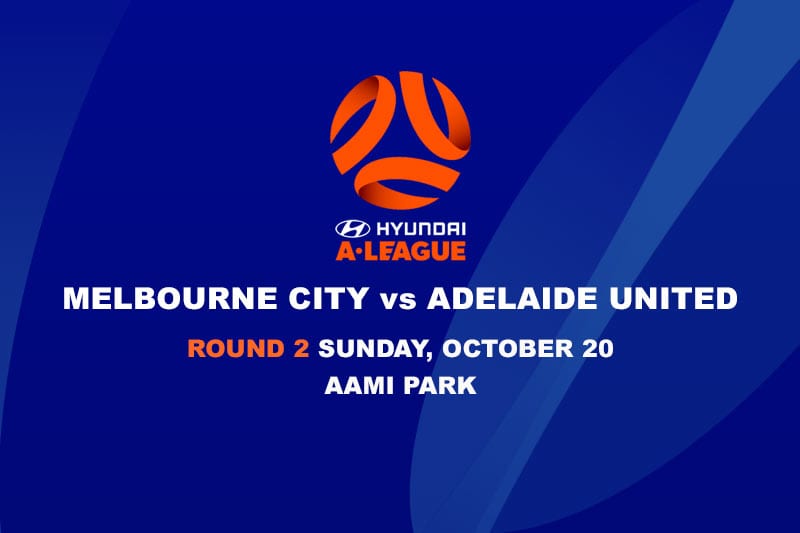 AAMI Park will be buzzing with football fans this week when the Melbourne City squad hosts the Adelaide United boys in both teams’ second games of the 2019/20 A-League season.

City had a league-high 17 attempts on goal last week but failed to put one past the Melbourne Victory keeper, whilst Adelaide scored twice from 14 attempts.

This match appears to be evenly poised, but the home field advantage may prove the difference for Melbourne.

Here are some tips and predictions for Sunday’s 4pm clash, with top odds from Australia’s best soccer betting sites.

Jamie Maclaren @ $2.20 with Bet365
One of the most dangerous strikers in the competition, Maclaren comes into the A-League campaign on the back of some excellent form in preseason and the FFA Cup. With his past experience in the A-League, including 40 goals in two seasons with the Brisbane Roar, the Socceroo will be in the frame to score in this match.

Al Hassan Toure @ $3.75 with Bet365
The young and exciting prospect for Adelaide United scored in his debut last week and also put one through in the FFA Cup final. The 19-year-old from Guinea looks a real threat in the final third and will be in contention again this week against City.

Under 2.5 goals @ $1.83 with BetEasy
The total match goals for this game is very interesting due to the contrasting form. Adelaide United have seen 11 goals scored in their last two games, whilst the City boys have only seen one goal. If the pitch is still in slippery condition from the previous few days’ worth of rain, then you can expect a low-scoring affair.

Melbourne City to win @ $2.20 with Sportsbet
Melbourne City were painfully defeated by Adelaide in last year’s elimination final, but with the home field advantage on their side, the Melburnians will watch their side win this week. A close goalless draw with crosstown rivals Melbourne Victory will fuel City to a win in front of their fans this time around.