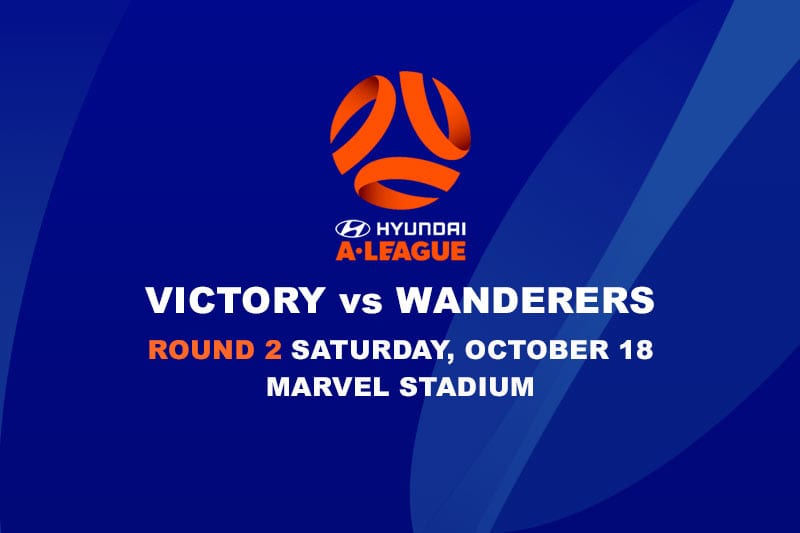 Melbourne Victory will hope to notch their first win – and their first goal – of the 2019/20 A-League season when Western Sydney Wanderers come to visit on Friday night.

Marco Kurz’s men played out a 0-0 draw in the first Melbourne Derby of the campaign, but the new coach will not be entirely displeased with what he saw last Saturday.

He will, however, be less than thrilled about losing German defender Tim Hoogland, who is expected to miss the next six games after sustaining a quad injury in training last week.

That means the likes of Thomas Deng and Jamie Donachie will have to step up against a Wanderers side that edged out Central Coast Mariners in Round 1.

Mitch Duke was the star of the show, bagging a brace as Western Sydney saluted in their first A-League game at the recently opened Bankwest Stadium.

WSW coach Markus Babbel will hope for more heroics from his skipper as Wanderers look to overturn a poor run of results against the Victory.

Victory vs Wanderers stats and trends

Ola Toivonen – The classy Swede was Victory’s main man last season and will be itching to open his goalscoring account as soon as possible. He is also the one constant is an attack that has changed significantly since last season.

Mitch Duke – It is difficult to look past a bloke who is fresh off a match-winning double. Duke leads from the front and will be right in the thick of the action whether Wanderers are leading the game or chasing it.

Over 2.5 total goals – $1.66 at Bet365
These two teams have produced multiple goals in all but one of their past six meetings, which happened to be their most recent encounter at the back end of last season. The Victory will be eager to open their account and Wanderers would love a big scalp early in the campaign, so we can expect a bit of action at both ends.

Melbourne Victory win/both teams score – $3.40 at Bet365
Western Sydney’s away games tend to produce goals at both ends, so that bet pairs nicely with the over 2.5 option in the total goals market. Wanderers won their opener, but they went awfully close to dropping points to the wooden-spoon favourites. They have not beaten the Victory since 2015, so the hosts should fancy their chances.