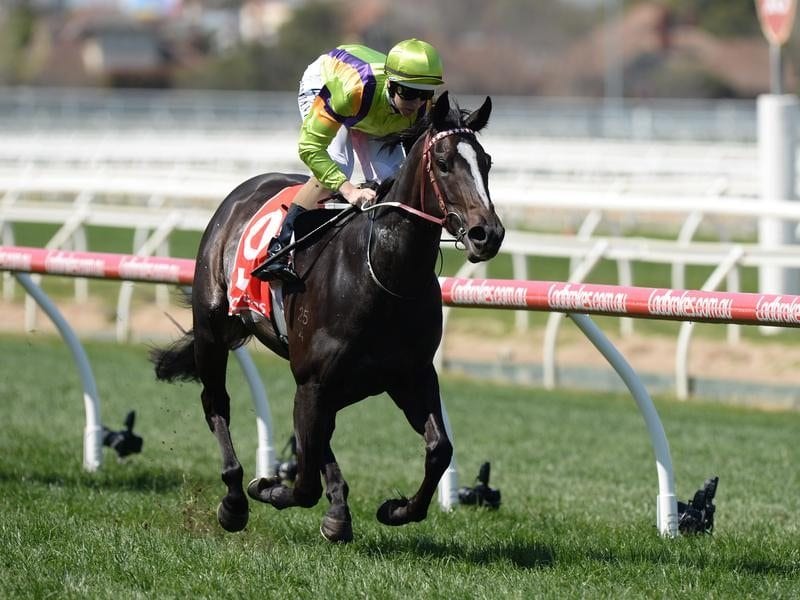 Leather’n’lace takes at the opening race at Caulfield for jockey Damian Lane.

Darren Weir is preparing to raise the bar again for up-and-coming filly Leather’n’lace after the three-year-old made it three straight wins this preparation.

After a maiden victory at Warrnambool and another provincial win at Bendigo in her first two starts this campaign, Leather’n’lace added a first city victory in Saturday’s Aquis Farm Supports Pinchapoo Plate (1400m) at Caulfield.

Leather’n’lace ($4.40) dominated the fillies’ race from the front under jockey Damian Lane, rolling along before kicking away early in the straight to score by 2-1/4 lengths over Uptown Gal ($101) with another head back to third-placed Banish ($13).

Victoria’s premier trainer has pencilled in the Group Two Edward Manifold Stakes (1600m) at Flemington as the filly’s next start on October 7.

“She needs to chase a bit of black type now.

“She’s got a beautiful pedigree and if she can get a bit of black type she’ll be a great broodmare for her owners.”

“She’s made the right steps and continues to train on well.

“She was still a little bit green on the corner, getting her head on the side a bit, but she flattened out really well and it was pretty comfortable in the end so we head to the next step now.”