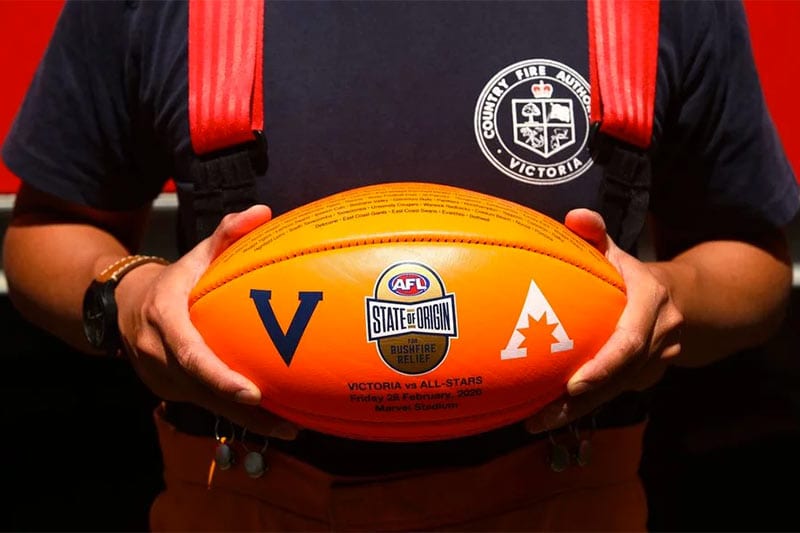 It’s a good time to be a fan of Australian sport. Here is the pick of the action for the weekend ahead, along with some big sporting news from around the globe.

The creme de al creme of Australian football will turn out at Marvel Stadium on Friday night as Victoria takes on the All Stars in an AFL State of Origin extravaganza.

The double-header, which will open with an AFLW contest between Collingwood and Melbourne, is expected to raise millions in much-needed funds for the victims of this summer’s bushfire catastrophe.

Trent Cotchin will captain a Victorian side that includes the likes of Jeremy Cameron, Patrick Dangerfield and Dustin Martin, while Nat Fyfe leads a dynamic All Stars midfield that features Stephen Coniglio, Patrick Cripps and Brodie Grundy.

You can see our AFL State of Origin betting tips here.

There is nothing better than watching brilliant athletes play with everything on the line, and the NBL Finals leave no room for mistakes.

The semi-final round will kick off on Friday when the Perth Wildcats host the Cairns Taipans, who have had some success against the WA powerhouse this season.

Saturday is going to be the big one for the Sydney Kings and Melbourne United as the NBL’s fiercest rivals fight over a spot in the decider.

Keep your eyes peeled for anything NBL-related this weekend, as the Kings and United are hot rivals and will hold nothing back against each other this weekend.

It might be hard to believe that he ever dropped from the top spot, but Steve Smith has overtaken Virat Kohli to become the no.1 Test batsman in the world once again.

Leading the way with the bat is Smith, while Marnus Labuschagne rose to fourth place after a breakout year and Allan Border Medal winner David Warner came in at sixth.

Pat Cummins is still the best bowler in the world, with Mitchell Starc and Josh Hazlewood following him in fifth and eighth position respectively.

Having just sealed a 2-1 in the T20 series against South Africa this week, Australia will take on the Proteas at Paarl on Saturday in the first of three ODI games.

Perth confirmed as host of UFC 251

If you are a fan of UFC in Australia, you will be very excited to read this headline.

The demand for more UFC action has been answered and another major event in coming Down Under, where the possible title fight will feature a cult figure.

Australia’s very own Alexander Volkanovski is practically a shoo-in to lead the way in Perth, as many expect him to rematch Max Holloway – the man he beat in Las Vegas back in December.

Perth previously hosted UFC 221 in 2018, where Yoel Romero beat Luke Rockhold in the main event after Robert Whittaker was forced to withdraw due to illness.

The coronavirus outbreak is starting to have a serious impact on sport overseas, so much so that it could even lead to the cancellation of the Summer Olympics.

Scheduled to start on July 24, Tokyo 2020 is starting to become more doubtful as the disease spreads, with many athletes already interrupting their preparations for the major event.

The J-League soccer competition has already been postponed and experts agree that if the coronavirus hasn’t been stopped by July, the Olympics will not take place.

Japanese Prime Minister Shinzo Abe has asked sporting operators to cancel any events in the next few weeks, all in an effort to get the country in a safe enough environment to run the Olympics as scheduled.

There could be a significant increase in the population of Wangaratta this weekend when the Richmond Tigers and Collingwood Magpies head to Norm Minns Oval for their Marsh Community Series clash.

Two of the AFL’s biggest teams are certainly going to attract a crowd to northeast Victoria, as the combined membership of the rival clubs nearly reaches 200,000.

This will be a great chance for regional footy fans to see some of the game’s best talents and up-and-coming stars, such as Richmond’s Riley Collier-Dawkins and Collingwood’s Tyler Brown, son of club champion Gavin Brown.

Get your TV ready at 4:10pm AEDT to see how many people pile into Wangaratta to watch the Tigers and the Pies.