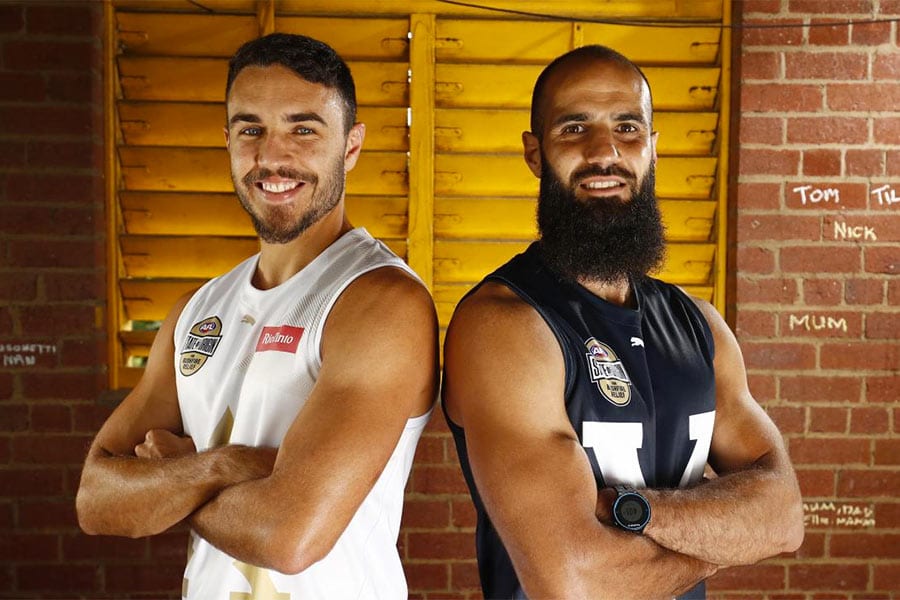 State of Origin football returns to the AFL this Friday as Victoria hosts the All-Stars in a highly anticipated bushfire relief fundraiser at Marvel Stadium.

The best players available have put their hands up to be a part of the one-off event, which could pave the way for more top-tier representative footy down the road.

It does not matter who you support, as there is at least one player from every club that will don the Big V or All-Stars guernsey.

Most of the game’s biggest names are ready to go, including Dustin Martin, Marcus Bontempelli, Scott Pendlebury and Patrick Dangerfield for Victoria and the likes of Brodie Grundy, Nat Fyfe, Patrick Cripps and Lachie Neale for the All-Stars.

With so many stars on the park, the game offers some interesting AFL betting opportunities in the player performance markets.

Although Dustin Martin’s disposal count fell last season, he appears to be the right player when it comes to the big stage. The Richmond star is a strong in-and-out midfielder that can use his strength in the contest. The Tigers sent Martin forward frequently last season, but he should spend most of his time in the middle on Friday given all the star power the Vics have inside 50.

He may still be considered a young player, but Patrick Cripps is someone who could turn the game on its head. The Carlton co-captain is a bull in the midfield and will have the magnificent Brodie Grundy palming down to him at most contests. Cripps wins his own footy with a tagger hanging off him most days, so he should win plenty of ball against a Victorian side that lacks natural stoppers.

Key forwards are known for kicking bags of goals in representative matches, largely because the sides are loaded with star midfielders who can the deliver the footy. Tom Lynch is your classic leading forward that can take a big mark and convert his chances. If the Victorians, including his three Richmond teammates, target Lynch when going forward, he is bound to kick at least three goals.

Jack Riewoldt, Tom Hawkins and Taylor Walker are the key forwards for the All-Stars, but we know these players have more of a pass-first mentality these days when playing up the ground. Michael Walters sees the goals and looks to kick them, which is not a bad trait to have in a good forward line. You can also expect the Fremantle star to fly for a few marks in the air.

The Victorian midfield is filled with classy players, and you can expect them hit their targets when moving the ball inside 50. Jeremy Cameron is an excellent all-round forward that leads well and kicks accurately. We think the GWS Giants star will find some space early and boot the first major of the night for the Big V.

The Victorian defenders are very strong in the air, making ground level players a dangerous option for the All-Stars. Charlie Cameron is the best small forward in the game, and he loves the big stage. The Brisbane Lions star will be eager to get involved early and we think he will kick the first goal for the All-Stars.

Expect a tight contest that will entertain the crowd and raise a big sum for the bushfire relief foundations. We see the Vics as the better option as they have more experienced players, but Grundy, Cripps and Fyfe will not allow the game to be blown out. Back the Big V in a close one.