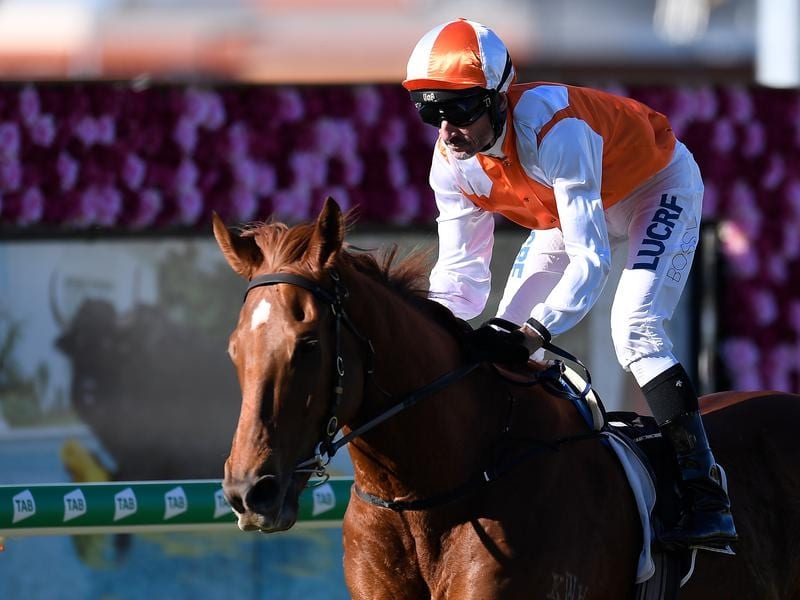 Vow And Declare goes into the $5 million Caulfield as one of the better lightweight chances.

Everything is falling into place for talented young stayer Vow And Declare to make his mark in the $5 million Caulfield Cup.

The Danny O’Brien-trained four-year-old is in Saturday’s rich handicap with 52.5kg, he has drawn nicely in the capacity field and has a two-time Caulfield Cup-winning jockey Craig Williams aboard.

“He cleaned up nicely from having his trip to the races in the Turnbull Stakes and 2400 metres suits him a lot better,” O’Brien said.

Vow And Declare, who will jump from barrier seven if the emergencies don’t gain a start, has firmed from $11 to $9 since Wednesday’s barrier draw.

Vow And Declare highlighted his staying potential during this year’s Brisbane winter carnival when second to Mr Quickie in the Group One Queensland Derby (2400m) at Eagle Farm after racing three-wide throughout.

He then won the Group Three Tatt’s Cup (3000m) against older horses by 3-1/2-lengths before O’Brien turned attention to spring with the Melbourne Cup (3200m) the major aim.

The gelding runs in Saturday’s Caulfield Cup after an eye-catching fourth in the Group One Turnbull Stakes (2000m) at Flemington in his season return.

O’Brien believes a silver lining to Vow And Declare’s arguably luckless second in the Queensland Derby is he gets into Saturday’s race with a lighter weight than if he had won a Classic as a three-year-old.

“I think he’s a horse who is still on the up,” O’Brien said.

“He didn’t have a busy season as a three-year-old.

“He just had that little prep up in Queensland and he’s come back in great shape as a lot of horses do when they mature from three to four.

“And he’s well handicapped. That’s a big thing if you can get in.”

O’Brien, who won the 2007 Caulfield Cup with Master O’Reilly, considered not running Vow And Declare again after the Turnbull before the 3200m Melbourne Cup, for which he is 36th in the ballot, but decided to include a Caulfield Cup tilt.

“It wasn’t a really strong Turnbull in that it was a muddling race and he probably didn’t get a huge benefit out of it,” he said.

“The way he came out of the Turnbull he certainly will get improvement out of another race start and it won’t hurt him. And it’s a $5 million race.”