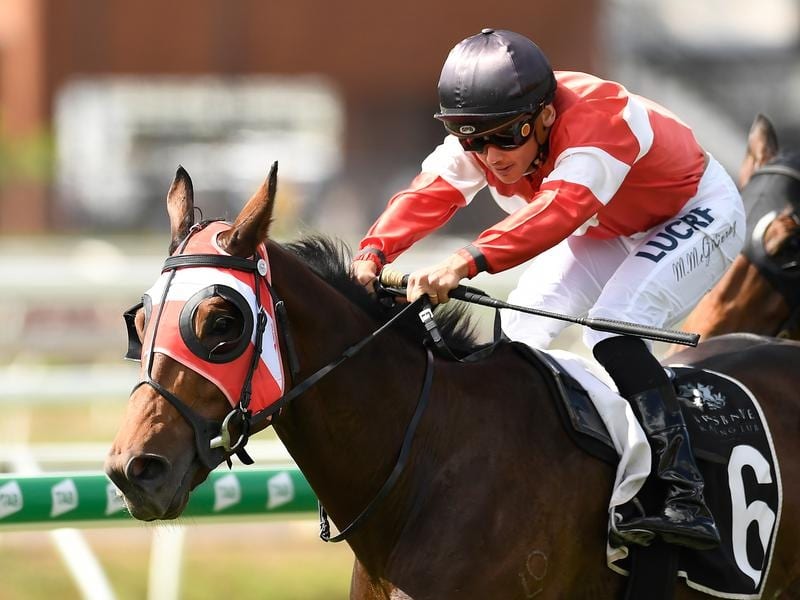 Crafty Spirit will resume at Eagle Farm after his three-year-old season was cut short.

Smart galloper Crafty Spirit is set to bounce back from an incident that ended his winter carnival when he resumes against open company horses at Eagle Farm.

Trainer Dan Bougoure entered Crafty Spirit for the DSS Law Handicap (1200m) and a restricted class race at the weekend.

But he elected to run in the Open where he has drawn barrier three.

“In the end, the fact he will carry a lighter weight at this stage of his career swayed us,” Bougoure said.

However, Bougoure said that run could be forgotten as a form guide.

“He got kicked in the chest behind the barriers. He ended up with a big haematoma and was a very sore horse,” Bougoure said.

“As it turned out I would have much rather he was scratched. It certainly ended his winter plans which was a pity because we had high hopes for him.”

Bougoure said a much better guide to Crafty Spirit’s ability was his fourth in the Group Three Fred Best Classic in the lead-up to the Guineas.

The race was won by Military Zone from Baccarat Baby who have both gone on to perform well in the spring.

“Crafty Spirit was huge odds that day but he was right in the finish and the form out of that race has been excellent,” Bougoure said.

He said he was confident Crafty Spirit could measure up to at least open company this campaign.

“How far he goes this time we will see but there are plenty of races for him in the summer carnival,” Bougoure said.

“Crafty Spirit isn’t fully wound up for Saturday but he has had a trial and a jump-out. He pleased me in both so I expect him to run well.”

“Crafty Spirit can be a bit head strong so an experienced rider like Jake will suit him,” Bougoure said.

The stable got off to a good start for the week when Back The Rock, a horse by top sire Fastnet Rock, broke his maiden status at Doomben.