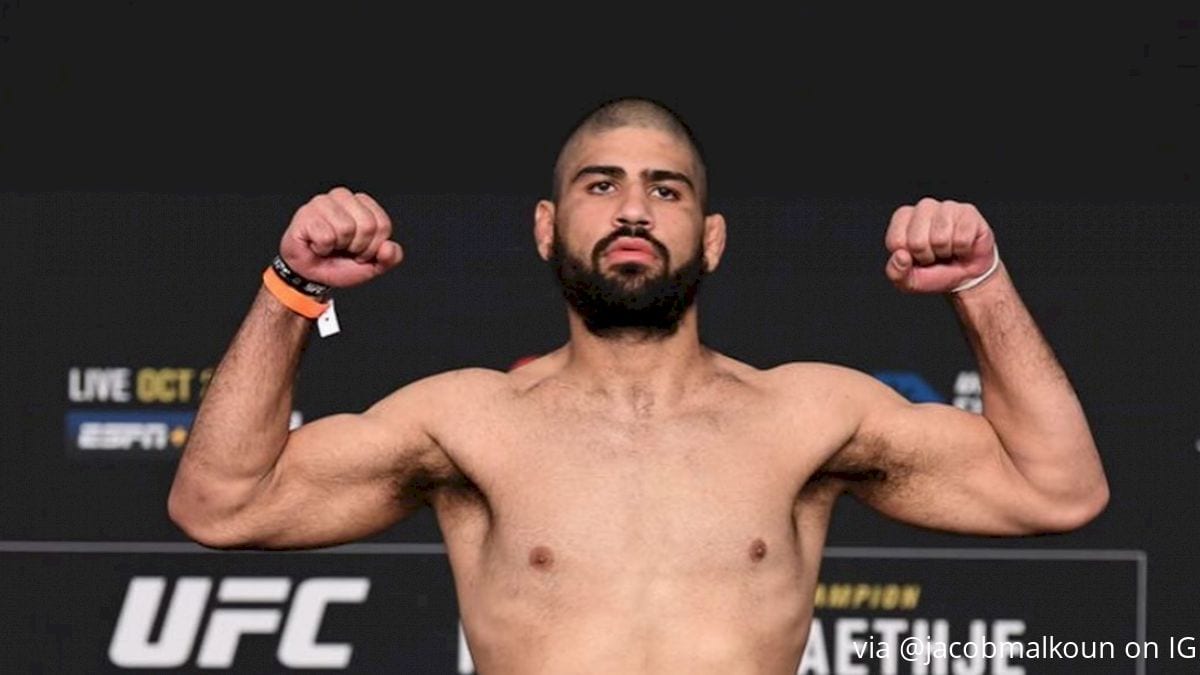 The final fights on a stacked UFC Fight Island Main Card is a a deadset treat for Aussie MMA betting fans with two Aussies Robert Whittaker and Jacob Malkoun fighting on the main card; and heavyweight Australian slugger Tai Tuivasa fighting the last event on the Prelim Card. UFC 254 is highlighted by main card bouts including Alexander Volkov vs. Walt Harris, Robert Whittaker vs Jared Cannonier, and the main event championship fight between Khabib Nurmagomedov and Justin Gaethje. But while the second half of the main card of UFC 254 is loaded with veterans, plenty of young fighters will be on display in the first three bouts of the main card this Saturday.

Phil Hawes (8-2-0) and Australian Jacob Malkoun (4-0-0) will both be making their UFC debuts in this bout. Hawes’s two losses came back in 2016 and 2017; but in four fights since June of 2019 Hawes has earned four straight first-round stoppage wins with three knockouts and one submission win. The Australian Malkoun has only four professional fights under his belt with two wins by knockout and two wins by decision. Notably though there is quite a buzz around Malkoun who trains with Aussie contender and former champion Robert Whittaker.

Hawes has more experience and more explosive knockout power. While a Malkoun upset certainly isn’t out of the question, we’ve seen enough from Hawes over the last 16 months to roll with the 31-year-old as the UFC betting favourite here. That said Malkoun’s odds are getting out to an attractive level and we like a KO/TKO stoppage for either MMA fighter..

Lauren Murphy (13-4-0) entered the UFC with an 8-0 record before going a disappointing 2-4 in her first six fights with the promotion. But Murphy has found her footing over the last year in the octagon with a three-fight winning streak. She’ll look to extend that winning streak against Liliya Shakirova (8-1-0) who will be making her UFC debut coming off of three straight wins.

Murphy was originally supposed to take on Cynthia Calvillo in this spot. While Calvillo might have given her trouble, the newcomer Shakirova will likely be outmatched in this one.

Magomed Ankalaev (13-1-0) fell victim to a triangle choke submission in his UFC debut to snap a 9-0 start to his professional career. Ankalaev has bounced back nicely with four straight wins including three knockouts. One of those knockout wins came against Ion Cutelaba (15-5-0), who fell to 4-4 in the UFC with that loss.

Fight fans and Dana White were upset by how quickly referee Kevin MacDonald stopped the last fight between these two light heavyweights just 38 seconds into the first round. White promised the fans a rematch, and after Cutelaba was forced to pull out of a previously scheduled rematch due to COVID-19, UFC fans will finally get to see this bout at UFC 254. Expect the same result.

+100 @ BetOnline
Alexander Volkov and Walt Harris are both coming into UFC 254 with a loss in their most recent fight. Both of these heavyweights will try to bounce back with a win this Saturday in this UFC 254 main card bout in Abu Dhabi. Below we have examined the Alexander Volkov v Walt Harris betting and given our free analysis and UFC betting tips.

Alexander Volkov (31-8-0) entered the UFC with authority picking up four straight wins including knockout wins over Stefan Struve in 2017 and Fabricio Werdum in 2018. Since then however, Volkov has failed to cash in on opportunities against top fighters in the division, losing two of his last three fights to Derrick Lewis at UFC 229 and to Curtis Blaydes in June at UFC on ESPN 11. The 6-foot-7 Russian will try to prevent his stock from falling further with a win against Walt Harris.

Harris (13-8-0) was on a roll in the heavyweight division with four straight wins (including one win that was later overturned after Harris tested positive for an illegal supplement. He had back-to-back first-round knockout wins over Sergey Spivak and Aleksei Oleinik in 2019 that both earned him Performance of the Night bonuses. But then personal tragedy struck in his life when his stepdaughter went missing in October of 2019 and was later found murdered in November.

Walt Harris made his return to the octagon in May of 2020 in a main event bout against Alistair Overeem, losing that bout via technical knockout in the first round. Emotions were running high before and after that fight, and the hope in Harris’s camp is that he’ll be able to produce a more controlled effort in this fight.

This should be a really fun bout between two hard-hitting strikers. Volkov’s reach and stamina advantages make him the favorite in this one. But in a fight in which both fighters should be comfortable trading big blows early and often and all it takes is one to end the fight one way or the other, the odds aren’t too bad to take a shot on Harris pulling off the upset with a well-timed pop.