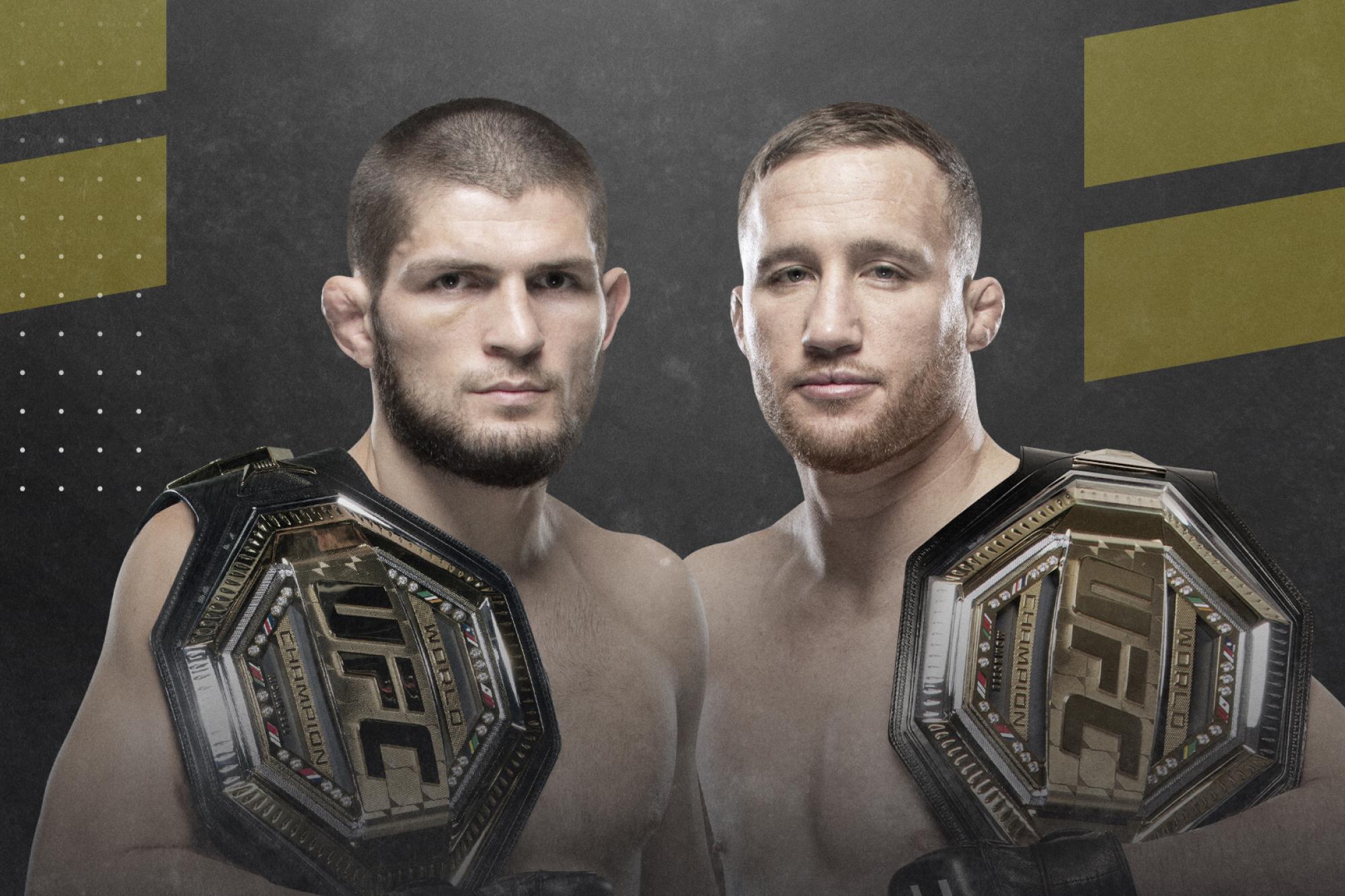 Khabib Nurmagomedov is one of the greatest pound-for-pound fighters in UFC history. In the Main Event of UFC 254 on Fight Island in Abu Dhabi this Saturday, Nurmagomedov will have the opportunity to add yet another impressive title defense to his resume against Justin Gaethje. But can Gaethje spoil Nurmagomedov’s perfect record and legacy with an upset win?

Khabib Nurmagomedov (28-0-0) has a resume that speaks for itself. The UFC Lightweight Champion is a perfect 28-0 over the course of his professional career including a 12-0 record with the UFC. In his two most recent fights, Nurmagomedov defeated Conor McGregor via submission at UFC 229 in 2018 and Dustin Poirier by submission at UFC 242 in 2019.

Nurmagomedov was originally scheduled to defend his title against Tony Ferguson at UFC 249 in April, but the COVID-19 pandemic prevented him from leaving Russia to do so. This turned into a golden opportunity for Justin Gaethje (22-2-0), who stepped in to fight Ferguson at UFC 249 and pulled off the upset with a dominant performance. Since getting off to a slow start in the UFC with back-to-back losses to Eddie Alvarez and Dustin Poirier, Gaethje has learned to channel his aggression in recent years and has scored four straight knockout wins ahead of this Saturday’s bout.

Gaethje is an outstanding striker that has earned 19 of his 22 professional wins by way of knockout. His chances at an upset in this fight must be respected due to his effective use of leg kicks and his versatile and powerful striking game. But with all of this said, it just feels impossible to bet against Nurmagomedov.

Nurmagomedov is a remarkable talent with elite wrestling skills and a relentless motor. Winning 28 straight fights in mixed martial arts is impressive, but doing so in such completely dominant fashion is otherworldly. No one has been able to give Nurmagomedov a legitimate scare to date. Perhaps Gaethje turns out to be that guy, but we’ll believe it when we see it.