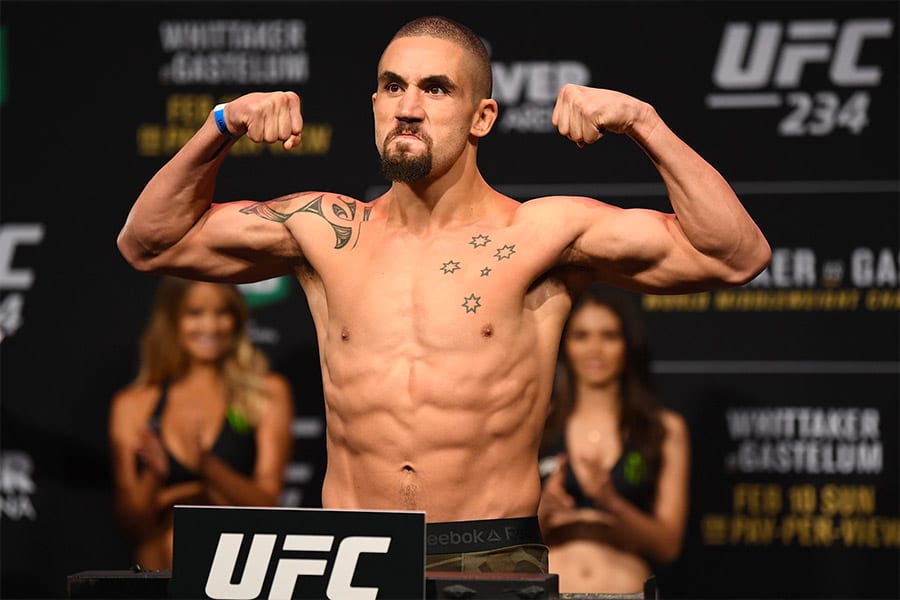 Israel Adesanya passed his latest test at UFC 253 with a convincing knockout win over Paulo Costa. Adesanya’s next challenger for the UFC Middleweight Championship will likely be the winner of the co-main event of UFC 254 this Saturday in Abu Dhabi between Jared Cannonier and Robert Whittaker. These two middleweight contenders will go to war in the octagon in what could be the most evenly-matched fight on the entire card and the top online betting sites have the UFC odds very tight in the market.

Australian UFC warrior Robert Whittaker (21-5) was on a 9-0 run through the middleweight division that included becoming the UFC Middleweight Champion before his winning streak was ended by Israel Adesanya ay UFC 243. Whittaker bounced back from that loss with a win over Darren Till in July, and another win this Saturday over Cannonier should put Whittaker firmly in the conversation for a rematch against Adesanya.

Whittaker has reportedly arrived at Fight Island for his second fight at the Flash Forum in excellent conditions and tweeted to his UFC fans this was his best weight cut yet. Ominous signs for Cannonier.

Jared Cannonier (13-4-0) spent most of his professional career in the heavyweight division before working his way down to light heavyweight in 2016. He lost three of his last four fights in that weight class before dropping down to middleweight in late 2018, and here he has found his groove. Still possessing the power that he did as a heavier fighter, Cannonier is a perfect 3-0 as a middleweight with three straight knockout wins over David Branch, Anderson Silva, and Jack Hermansson.

This should be an excellent fight and a cracking UFC betting opportunity Jared Cannonier has looked fantastic at middleweight and will have the clear power advantage in this fight. But Whittaker is an experienced middleweight and a former champion with a 10-1 record over his last 11 fights. That stretch includes three Performance of the Night bonuses, four Fight of the Night bonuses, and some wins against other hard hitters.

It would be hard to blame anyone for taking Cannonier in this one as he is always one strike away from ending a bout in its tracks. But Whittaker will be Cannonier’s toughest competition in the division to date, and Whittaker’s experience should lead him to a win in a competitive bout.