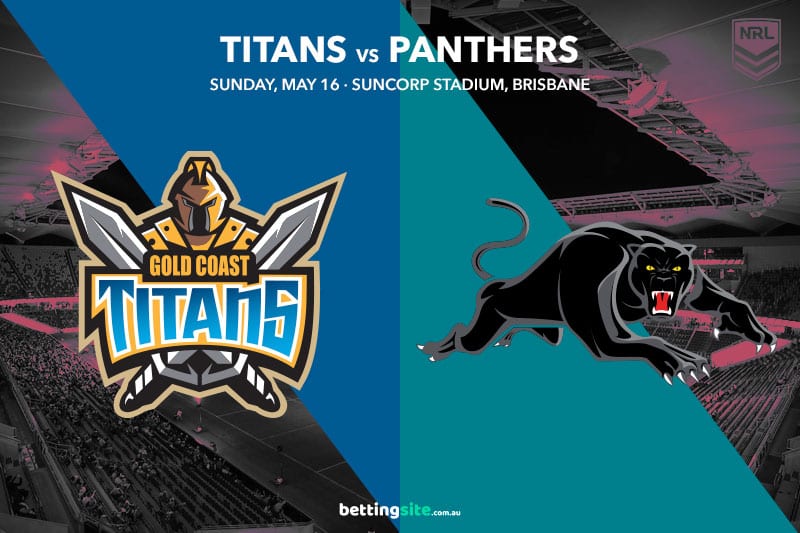 The Gold Coast Titans will make the short journey north to Suncorp Stadium on Sunday afternoon to take on the league-leading Penrith Panthers in round 10 of the 2021 NRL season. The Magic Round finale could see a ton of points scored as the Titans’ shaky defence meets the Panthers’ red-hot attack.

The Titans will be missing David Fifita due to suspension and it has seen their head-to-head price drift north of $7, even fluctuating as high as $9 with NRL bookmakers when the news of his two-week suspension came through. Penrith are missing Origin star Kurt Capewell but have Liam Martin ready to step in as his replacement.

Anthony Don is one of the NRL’s good guys, and this week he plays his 150th NRL game for the Gold Coast. He is the favourite for the Titans to score the first try of the game at $15 and a decent $2.88 to score a try at any time. Tyrone Peachey against his old club is a long $8 to snag a try, and it might be worth a flutter considering he is having the best period of his career thanks to the new rules. The +20.5 head start is normally a line you’d take the underdog, but with no Fifita it feels like the Titans lack the strike power to break down an elite defence.

The two-headed monster of Brian To’o ($7) and Charlie Staines ($8.50) will draw plenty of money in the first tryscorer betting. The left-edge defence of the Titans has been leaking plenty of tries in recent weeks, so Penrith’s right-edge pairing of Liam Martin and Stephen Crichton should both be backed to cross the line at any time.

Punters have been having a grand old time in recent weeks taking on the Penrith line, and it looks to be another good way to boost the price. Gold Coast could keep it competitive for long periods, but Penrith are just about at full strength and can pile on points in a hurry.

With no David Fifita and Viliame Kikau lighting up their teams’ left edges, the focus should shift closer to the middle third. Tino Fa’asuamaleaui and James Fisher-Harris are two of the best props in the game, and they hold the key for their respective teams.

Fisher-Harris’ physicality is a sight to behold when he gets into his work, with the last run of his stint on the field always as strong as his first. Keep an eye on the 25-minute mark to see him produce a strong carry.

‘Big Tino’ has been a dynamic revelation and has fast feet at the line, which is going to cause the Penrith middle big problems. He is easily the Titans’ most important player this week, and he has to aim up and go toe-to-toe with Fisher-Harris for Gold Coast to have any chance at causing what would be a monumental upset.

We like the Penrith Panthers to reel in the -20.5 start. Their defence is going to handle a lot of what the Gold Coast throw at them without David Fifita, and the Panthers’ strike power will rip the Titans apart out wide.

Panthers -20.5 with Brian To’o, Stephen Crichton and Charlie Staines to all score at any time gets you a neat $6 at Sportsbet.