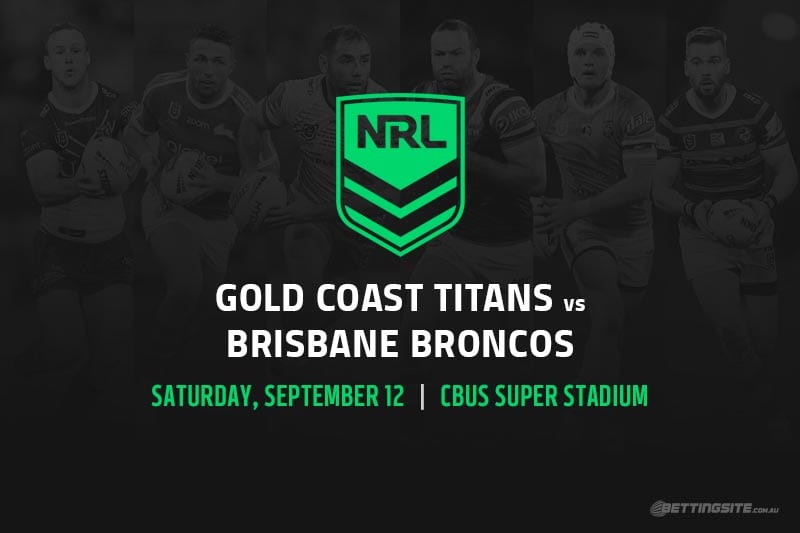 Is this the first time in 13 years where the general public are expecting the Gold Coast Titans to beat Brisbane comfortably?

One is the best team in Queensland, while the other is a rabble – this is one of rugby league’s great role reversals.

Gold Coast start as the $1.71 favourites having peeled off wins in three of their last five games, all against opponents they were realistic shots against in the Cowboys, Bulldogs and Dragons.

A big part of building a winning culture is getting a result in games like these, so on form the Titans have a bit going for them.

The Brisbane Broncos are coming off an improved showing against Penrith, only going down by 13 points.

While they never really looked any chance of staging the upset of the season, at least they made the Panthers earn their victory.

A bit like the Sea Eagles for this round, the Broncos are on the verge of creating unwanted history.

They are in danger of losing their ninth game in a row, which would set a new club record, while defeat on the Gold Coast would also keep them very much in the race for the wooden spoon.

They are $2.25 in the head-to-head market, but not even their most loyal fans would be willing to throw some money down on them.

Kotoni Staggs at $14 is a nice first tryscorer option for the Broncos, while David Fifita at $21 looms as a wildcard.

Fifita is coming up against his future club, and there is no doubt he will want to show the fans what they can expect.

Anthony Don is the usual suspect for the Titans at $9.50 to cross first, while Beau Fermor at $15 for the opener and $2.80 to score any time is also worth a shout.

Fermor replaces Brian Kelly on the left edge in Gold Coast’s starting lineup, and you can bet the Titans will try to expose Staggs’ abhorrent defence.

Best bets for Titans vs Broncos