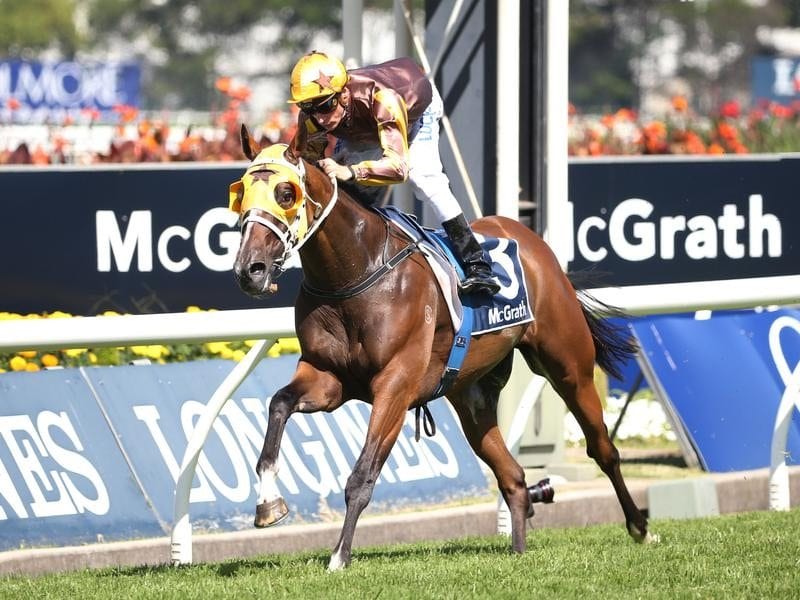 Tavago is set to have his second start of the spring in the JRA Cup at Moonee Valley.

Hugh Bowman will ride last year’s Australian Derby winner Tavago in the JRA Cup at Moonee Valley as the stayer continues his path to the Caulfield Cup.

Tavago pleased his co-trainer Trent Busuttin with his seventh in the Group One Makybe Diva Stakes (1600m) at Flemington in his first start since pulling up lame after the Group One BMW in Sydney during the autumn.

Busuttin, who trains in partnership with Natalie Young, said the five-year-old would run in Friday night’s Group Three JRA Cup (2040m) rather than the Turnbull Stakes at Flemington the following weekend.

He said they thought he would be better suited to the Moonee Valley surface and would get in well under the Quality handicap conditions.

“I think he’s a horse that wants his races spaced with not a lot of racing. At some stage he had to have a gap of two weeks between runs so I’d rather it be first-up to second-up and that will give him a good three-week break going into the Caulfield Cup, all going well.

“He’s obviously got to run well (on Friday night) but we were rapt with his first-up run.”

Busuttin said he would like to get some cut out of the ground on Caulfield Cup day to give Tavago his best chance in the rich handicap next month.

Tavago is at $51 for the Caulfield Cup.

“If he gets a nice draw in the Caulfield Cup he’ll perform well,” Busuttin said.

Friday night’s meeting is headlined by the Group One Moir Stakes (1000m).