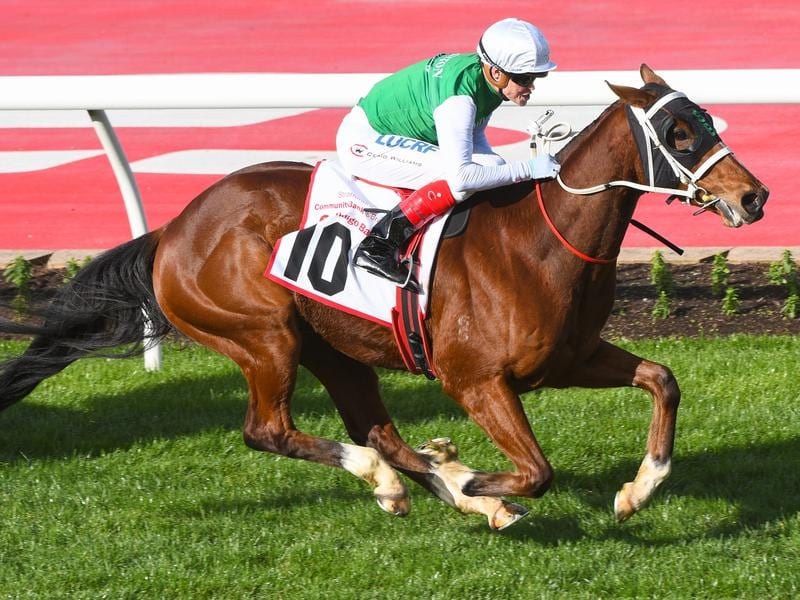 Trainer Scott Brunton has changed plans with The Inevitable who will target Sydney not Melbourne.

Tasmanian trainer Scott Brunton has abandoned plans to tackle a Group One handicap in Melbourne with The Inevitable.

Saturday’s impressive winner at The Valley has returned to Brunton’s training complex at Seven Mile Beach in Tasmania to recover and prepare for his next assignment.

The Sir Rupert Clarke Stakes at Caulfield on September 21 was among options but Brunton is now looking at a switch to Sydney.

The inaugural $7.5 million Golden Eagle (1500m) for four-year-olds at Rosehill on November 2 is on the cards for The Inevitable who could make his Sydney debut in the Silver Eagle three weeks earlier.

Brunton admits to concerns about the travel having learned The Inevitable is a homebody.

The trainer has left the trips to Melbourne as late as possible with The Inevitable arriving via ferry ion Friday morning ahead of his Valley success.

“You keep them here two or three days and on the third day they start struggling, so we try to alleviate that by coming in and getting out quick,” Brunton said.

Getting The Inevitable to Sydney is a different proposition with Brunton pencilling in two plane trips, one from Tasmania to Melbourne, then another to Sydney.

“That would be four to five hours with a little stopover, possibly even a six-hour trip,” Brunton said.

“Going on the plane it’s a different trip.

“If there’s any wind or fog that can stop it, so that does worry you.”

After being beaten on debut, The Inevitable has tasted defeat just once in his next eight starts, finishing eighth to Mystic Journey in the Australian Guineas, a race he ran in as an afterthought.

Brunton said The Inevitable is now the best horse he has trained adding punters should not underestimate Tasmanian form.

“We’ve got some jets over there,” Brunton said.

“There’s 15 or 20 horses that are up to Saturdays in Melbourne whether it’s a 78 race or a Group One and I reckon we’ll win the Group One (Cox Plate) with the mare (Mystic Journey).

“I was under bidder on her and that’ll make a good thing of it.”