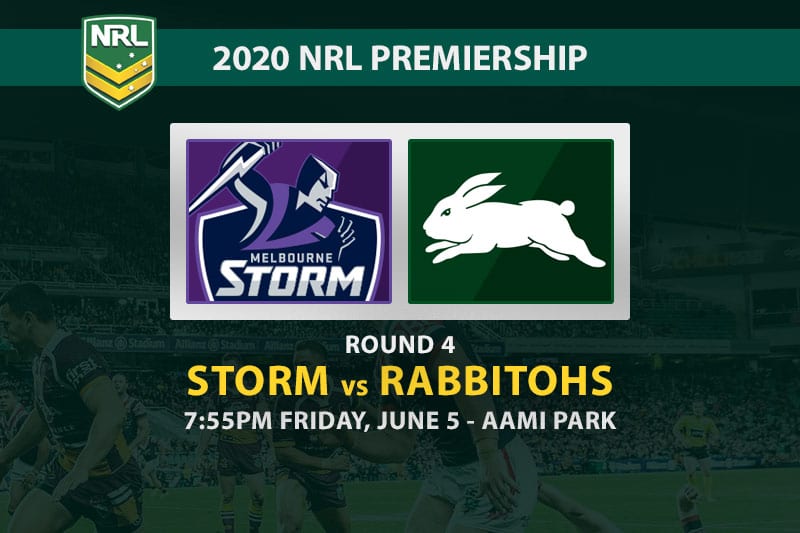 One vital piece of information that cannot be ignored: the South Sydney Rabbitohs have never won a game of rugby league in Melbourne.

While the Storm did lose consecutive games at AAMI Park last year, it came under extraordinary circumstances.

Manly prevailed via golden point courtesy of a Daly Cherry-Evans field goal and then Melbourne surrendered an 18-0 lead to Canberra a few weeks later.

The odds of the Storm being comfortably beaten one week and then losing to a team who have never won a game in the Victorian capital feel astronomical.

James Roberts’ inclusion in the extended squad for Souths could see Wayne Bennett play silly buggers and bring in the speedster an hour before kickoff.

Whether it becomes a stroke of genius or another distraction to a team who already have their fair share remains to be seen, but it is a wildcard nonetheless.

The Melbourne Storm will be missing Nelson Asofa-Solomona due to suspension, but such is the depth of their team they bring in State Of Origin prop Christian Welch to start.

Souths will still be without Cody Walker as he serves the second game of his suspension and will miss his creativity.

Storm 13+ at $2.60 feels about right when you consider their dominance at home and Souths’ struggles in Melbourne, although $3.10 in the 1-12 market is not too shabby if you think Bennett can get his troops to give a good account of themselves.

Under 39.5 points could come into play due to Souths only averaging about 17 points per game this season, and that’s before taking into account they will play at a venue where they’ve never experienced victory.

Josh Addo-Carr paying $9.50 to score first looks a good option when you consider the defensive issues Dane Gagai and Campbell Graham have as a combination. It looked troublesome against the Roosters and you can bet Melbourne will attack this combo, especially given how left-edge dominant the Storm are in attack.