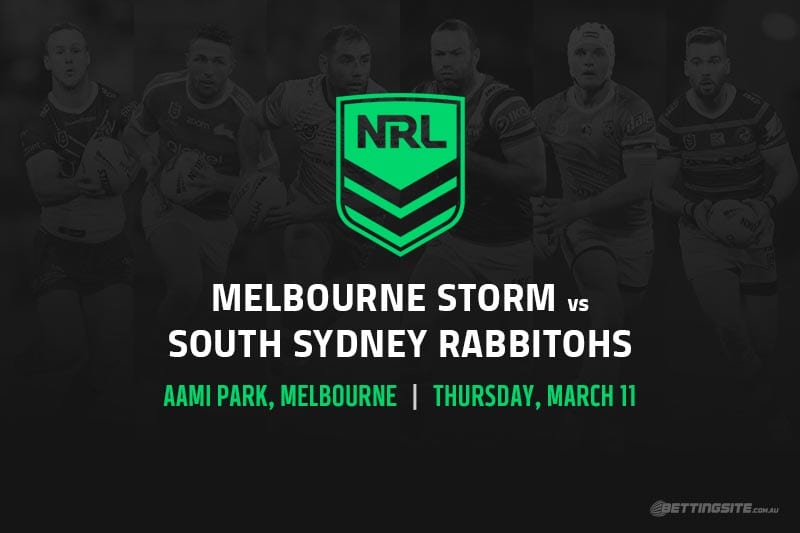 This game is shaping up as one of the best first-round fixtures in NRL history, with the defending premiers taking on the club many believe will take out the title in 2021. The South Sydney Rabbitohs have, unbelievably, never won in Melbourne, which is a hoodoo that isn’t spoken about enough. This head-to-head matchup has never been kind to the Bunnies, but to have only won five games against a team since 1998 is almost criminal.

Best bets for Storm vs Rabbitohs

Suliasi Vunivalu was always a popular option for any first tryscorer bets in Melbourne Storm games, but his defection to Super Rugby sees a huge opportunity for Reimis Smith to fulfil his potential on the right wing. The $20 for the former Bulldog to score first is monster value considering he is the same price to take out NRL top tryscorer honours this year. Watch for the Storm to exploit Josh Mansour’s slow turning circle and put a kick in for Smith on that side of the field.

Latrell Mitchell is primed to explode in 2021. He looks much fitter than he did 12 months ago when he first began his switch to fullback, and his trial form was too good to say ‘it’s only a trial’. With Souths never tasting victory in Melbourne, looking towards Mitchell as a first try option could provide a big win for many punters. The $17 on offer is a fantastic price for a player that many are tipping to win the 2021 Dally M Medal.

Brandon Smith will fill the void left by Harry Grant’s knee injury and will be looking to showcase to other clubs why he deserves to be a starter. He is effectively a free agent with the Storm agreeing to release him from the final season of his deal in 2022, and with predictions of the new rules favouring running hookers the most, he shapes up as a great anytime tryscorer option due to his stocky frame and excellent support play. The $4.50 on offer at NRL betting sites is a great price.

Cody Walker has a tryscoring strike rate of just over 50% in his last three seasons combined and will get a chance to score many in 2021 with Souths having perhaps the best backline in the competition. For someone with that strike rate over a sustained period, the $3.30 to score a try at anytime just has to be backed.