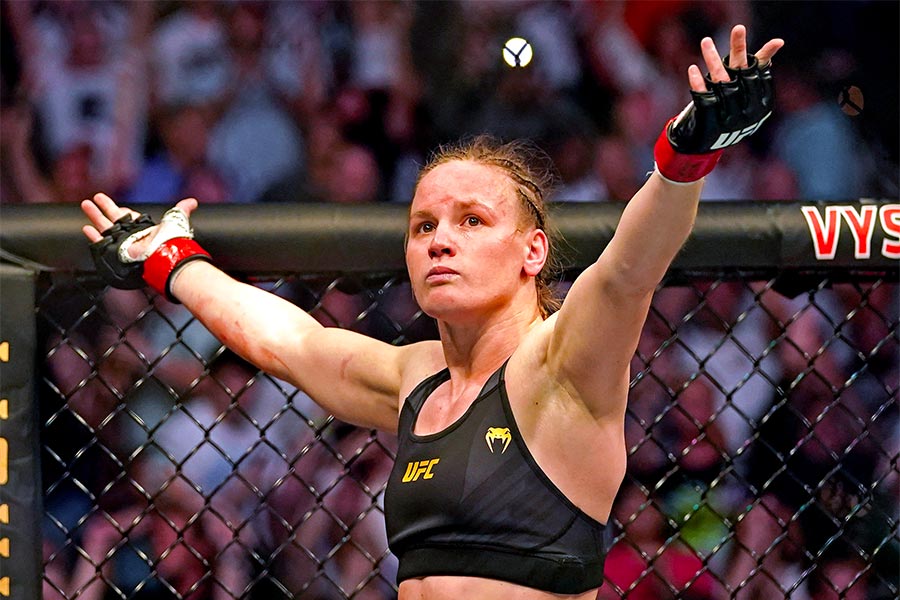 Valentina Shevchenko will be looking for her sixth straight defense of the UFC Women’s Flyweight Championship title when she takes on Lauren Murphy in the co-main event of UFC 266, where Alexander Volkanovski and Brian Ortega will top the bill. As is often the case when Shevchenko is on the card, the champion will be the biggest favorite on the board this Saturday night in Las Vegas.

Valentina Shevchenko (21-3-0) was only a -400 favorite in her last title defense against Jessica Andrade as bettors considered Andrade to be a live dog given her power. But Andrade was simply no match for Shevchenko, who cruised to her seventh straight victory with a second-round knockout victory. It was a familiar story for Shevchenko as her unbelievable skillset and fight IQ make her a nearly unbearable opponent for any woman who isn’t named Amanda Nunes.

Lauren Murphy (15-4-0) opened her UFC career with a 2-4 record. But since her last loss in 2018, Murphy has put together a five-fight winning streak, most recently defeating Joanne Calderwood by split decision at UFC 263 in June. Murphy is comfortable in a dogfight, averaging 3.95 significant strikes per minute while absorbing 4.25 per minute. She is also generally strong in the clinches, though she’ll be at a significant disadvantage in that department against Shevchenko.

Lauren Murphy is a perfectly capable fighter who has earned this opportunity with five straight wins, but there isn’t a realistic path to victory for her in this matchup. Valentina Shevchenko is the far superior athlete, striker, and grappler. Bettors are left in a familiar spot when it comes to seeing Shevchenko on the card, knowing that she is going to win but trying to figure out how to make any money on it.

Shevchenko’s only two losses since 2010 have come against Amanda Nunes, and in both cases she went up in weight class and still managed to hold her own. The UFC Flyweight Champion is one of the best pound-for-pound MMA fighters in the world, and at just 33-years-old there is no reason to expect her dominance to slow down anytime soon.