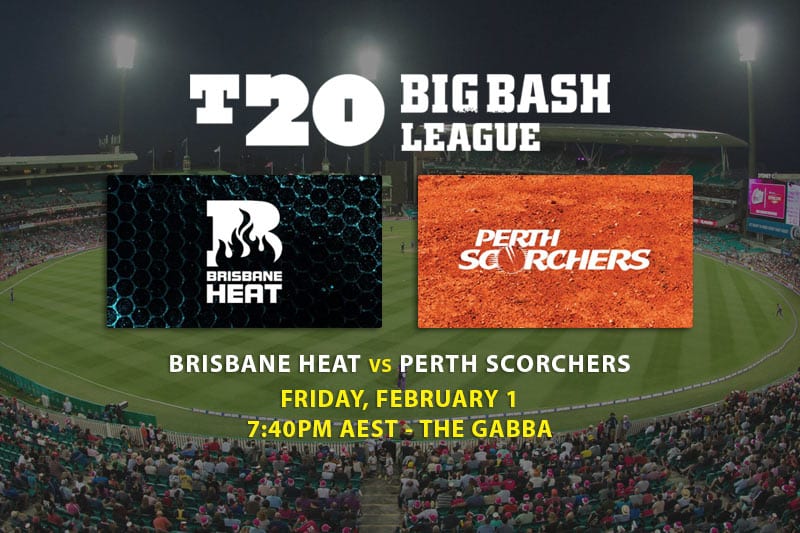 WITH finals out of the picture, the loser of Friday’s Big Bash League clash will put one hand on the wooden spoon.

The Brisbane Heat have now gone four games without a win since their clash with the Sydney Thunder was washed out two weeks ago.

Their stars in the top order have hit a wall, with Chris Lynn managing only 16 runs in his last four hits.

Matt Renshaw was the only Heat bowler to go for fewer than nine runs per over in the recent loss to the Hobart Hurricanes, which raises serious concerns about the depth of quality in that department.

After a mid-season renaissance, the Perth Scorchers have lost three in a row and appear destined to miss the BBL playoffs for the first time in eight seasons.

The controversial decision to drop Michael Klinger backfired spectacularly as Cameron Bancroft, Shaun Marsh and Mitchell Marsh all failed to fire in Monday’s heavy defeat to the Melbourne Renegades.

The Scorchers were dismissed for 79 – the fourth-lowest total in the competition’s history.

The Perth bowling attack looks like a beauty on paper, but not all the big names have lived up to expectations this season.

Of particular concern is the form of Nathan Coulter-Nile, who has taken only one wicket in his last five appearances.

Marsh is a monster player in T20 cricket and showed that with a superb 96 not out in his first game of the season.

However, he followed that up with a three-ball duck when the Scorchers desperately needed somebody to steady the ship.

Those two innings – one brilliant, one bemusing – sum up Marsh’s career pretty well.

The stylish lefty was not the sole culprit in that loss to the Renegades, so it seems harsh to point the finger squarely at him.

If he gets going at the Gabba, the Heat’s unassuming bowling attack will have a hard time stopping him.

Which team will play less terribly?

That’s what this matchup boils down to when you look at their respective records.

If the ‘Bash Brothers’ fall flat again, it is hard to see the Heat doing anything special on the scoreboard.

The Scorchers are still loaded with top-end talent, but they have lost a certain je ne sais quoi since Justin Langer left to coach the national team.

Nevertheless, Perth’s depth gives them more upside all round and makes them the better bet on a good Gabba wicket.