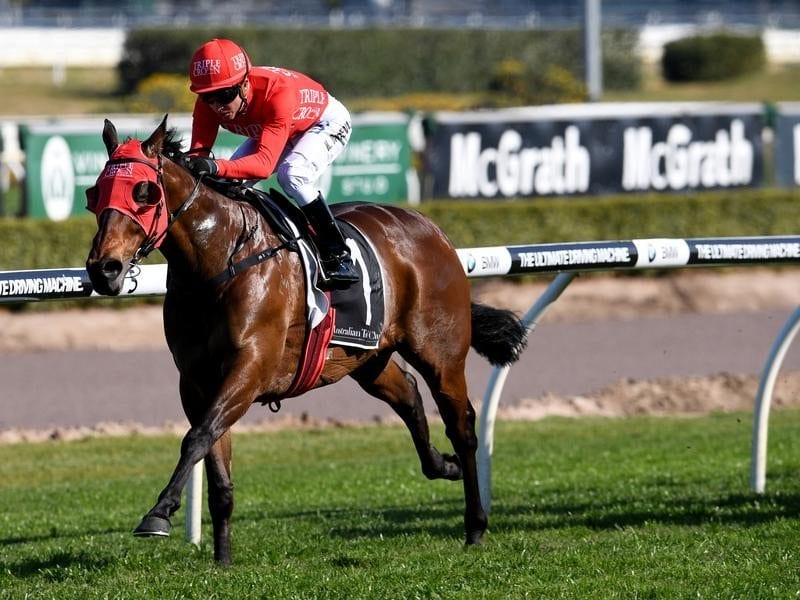 Redzel has been confirmed as a runner in The Everest for slot holder James Harron Bloodstock.

Doomben 10,000 winner Redzel has secured his place in the $10 million Everest with James Harron Bloodstock choosing the Peter and Paul Snowden-trained sprinter as its representative.

Owned by Triple Crown Syndications, Redzel is a last-start winner of the Group Three Concorde Stakes, his first run since his Group One triumph in May.

“On behalf of my owners in the JHB Everest slot we are hugely excited to team up with Triple Crown, Team Snowden and Redzel,” Harron said.

“He’s a fantastically brilliant and consistent sprinter who has won or been second in 11 of his last 13 starts and was scintillating under 60kg in the Concorde last time.

“With Peter and Paul Snowden training, along with Kerrin (McEvoy) riding there’s a superb team behind Redzel for The Everest.”

Triple Crown’s Chris Ward said Redzel had stepped up to a different level this year.

“Redzel has had a meteoric rise over the last 12 months,” he said.

“Trainers Peter and Paul Snowden told us early on he had stepped up to another level again this preparation and it’s an honour to have one of the very best sprinters in the land.”

Redzel is shading fellow Everest runner Chautauqua for favouritism in Saturday’s Group Two The Shorts (1100m) at Randwick on Saturday.