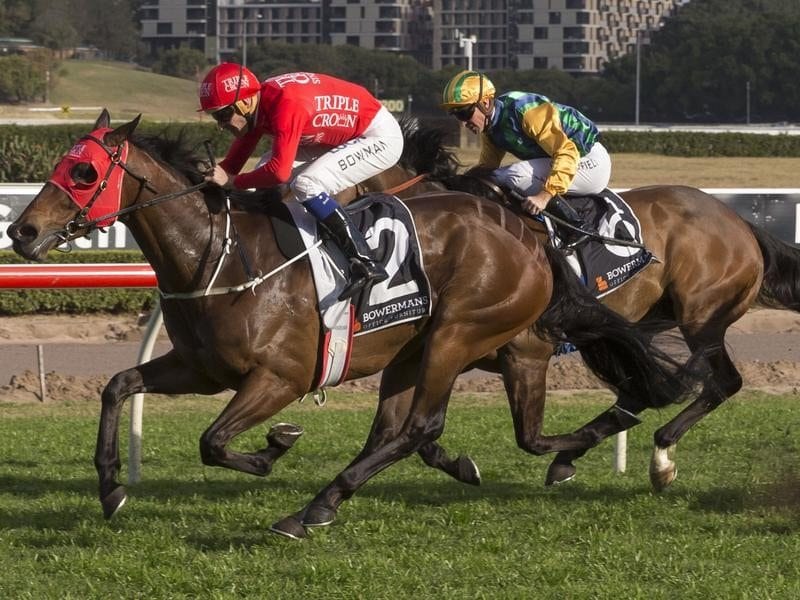 Redzel has continued on his winning way, beating a field of Everest hopefuls in The Shorts.

Redzel issued an emphatic warning to his rivals for the $10 million Everest, before adopting a low profile ahead of the Sydney spring carnival’s new focal point.

The Peter and Paul Snowden-trained gelding continued his perfect lead-up to the inaugural 1200m sprint at Randwick on October 14 by powering to a 1-1/4 length victory in The Shorts (1100m).

Redzel, the $2.50 favourite, left first-up Everest contenders Chautauqua, English and Fell Swoop in his wake as that trio turn attention to the Group Two Premiere Stakes on Epsom Day.

Ball of Muscle ($10) was runner-up for the third successive year and Nieta ($21) was a short neck third to enhance their claims for a vacant Everest slot.

The world’s highest-rated sprinter Chautauqua was seven lengths off Redzel at the turn before winding up late to improve from last to seventh, two lengths off the winner.

Chautuaqua still retained favouritism for The Everest after drifting slightly from $4.60 to $5, Redzel shortened from $11 to $6 to join Vega Magic as second favourite with the TAB.

Bowman proclaimed Redzel as Australia’s most improved sprinter as he returned to scale, and co-trainer Peter Snowden wouldn’t disagree.

“He has come a long way this bloke. It has all been about what he has done himself.

“He has learned how to race properly, he never makes a mistake. He races on pace, on wet tracks, dry tracks, carries weight well, he’s just the real deal now,” Snowden said.

Redzel was originally heading to Melbourne for a final tune-up in the AJ Moir Stakes but after securing James Harron Bloodstocks Everest slot earlier this week he will focus on trackwork.

“He is very effective off a month, three week to a month break. That is just perfect for this horse to race at his best. Hopefully the plan comes off,” Snowden said.

Avdulla was positive after replacing Hong Kong-based Tommy Berry on Chautauqua for the first time.

“Terrific, it’s obviously a month until the grand final, I couldn’t be happier. If it was 1200 (metres) he probably runs over the top of them,” he said.