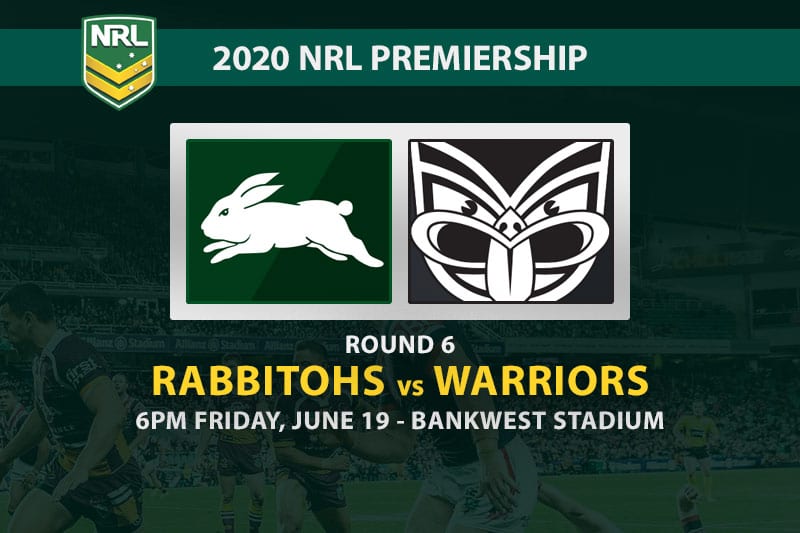 The South Sydney Rabbitohs showed their class with a comfortable 20-point win over the Titans in their last start, while the Warriors also showed they aren’t to be disrespected as they scored 37 points against the Cowboys.

Latrell Mitchell had his best game to date as a fullback for the Rabbitohs and the confidence he would have got from that performance should see him step up another gear.

Souths are in week two of five in what coach Wayne Bennett will consider as a ‘get healthy’ stretch and this clash presents another great opportunity.

A win could see the red and green sneak back into eighth place on differential, so there is plenty at stake for them.

Plenty of punters will be taking the $2.50 at BetOnline for a 13+ Rabbitohs win, which looks especially attractive when you consider the Warriors lost by 26 in their last game in Sydney.

The game loves superstars and while Souths have Mitchell, Cameron Murray and Damien Cook, the New Zealand Warriors boast the likes of Roger Tuivasa-Sheck and Tohu Harris.

The Rabbitohs have too much experience and class across the park, but if they aren’t quite switched on, the Warriors will make it a long night for them.

At the very least, the young Warriors are starting to forge an identity. Given they may spend the entire season in Australia, winning two of their first three games back is a great start.

They’ve found a gem in Eliesa Katoa, who has scored twice in his young career, while the decline in stoppages has opened the game up for Kodi Nikorima to produce his best.

Peta Hiku scored a hat-trick against the Cowboys and might be worth a look as a first tryscoring option when you consider the defensive deficiencies of Dane Gagai and Campbell Graham.

Best bets for Rabbitohs vs Warriors