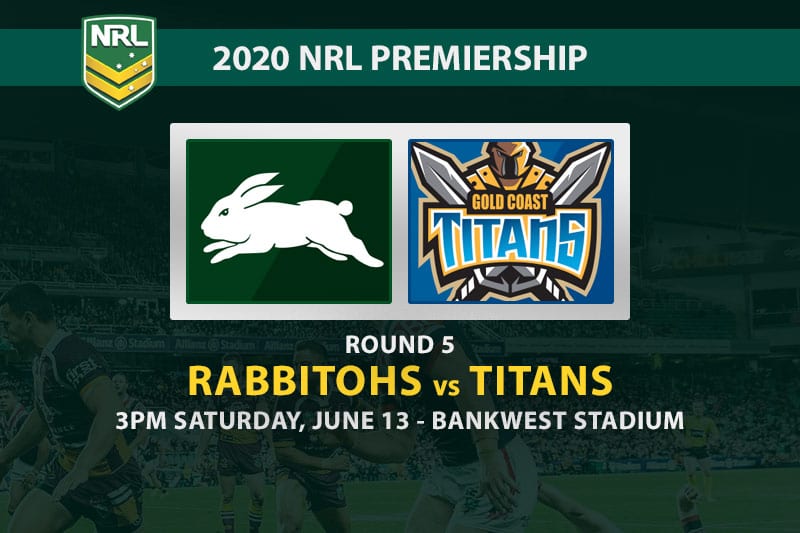 As thrilling as it was to see the Gold Coast Titans coming from behind by 12 twice to beat the Tigers, they face a Souths team who have their best attacking player in Cody Walker making his return from suspension.

The South Sydney Rabbitohs went to Melbourne last week and put forward a good effort for 55 minutes before the Storm pulled away, and you feel a win is imminent for the red and green.

Average margins since the competition resumption have ballooned with five of the 13 double-digit margins blowing out to 20 points or more.

Souths may have endured a tough start to their season, but this game has all the hallmarks of them getting healthy again.

Master coach Wayne Bennett will be turning their focus to defence in order to put the building blocks in place for the rest of the 2020 NRL Premiership season.

When you consider that, and the Titans averaging just 8.5 points per game in their last seven on the road, the $11 at Sportsbet for Souths to win between 21 and 25 points is well worth a look.

Also consider Latrell Mitchell’s tough start to the year; he now gets a chance to find his confidence at fullback against a team many consider a wooden spoon contender.

With Walker improving the Souths attack, you can be sure Mitchell will come into consideration for two or more tries.

The Titans won their first game under new coach Justin Holbrook after he made big changes in demoting established first-graders and was rewarded by the likes of Philip Sami, Moeaki Fotuaika and club debutant Young Tonumaipea.

Ash Taylor also showed a few promising flashes, but the Gold Coast halfback will need to be at his best if they are any chance to threaten the line of 11.5 points.

Best bets for Rabbitohs vs Titans