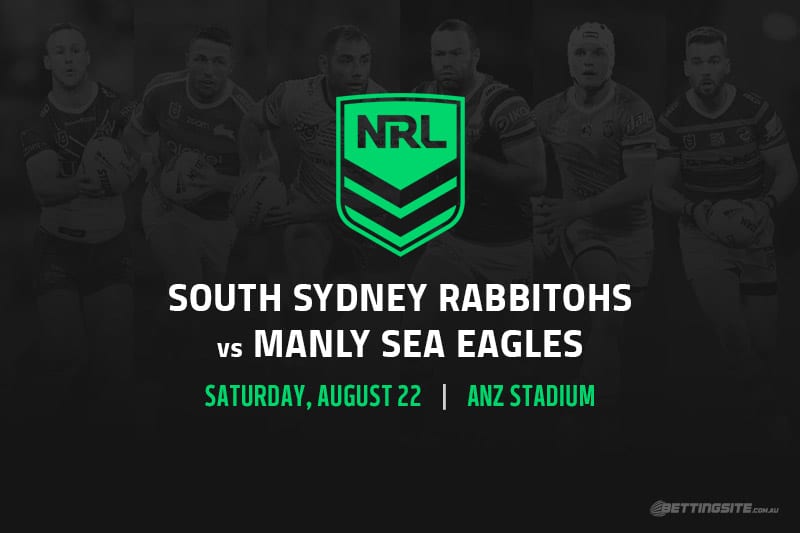 If this result goes in favour of the South Sydney Rabbitohs, the top eight will be all but locked and loaded for the 2020 NRL finals.

As $3 outsiders, the Manly Sea Eagles will circle the wagons once again and look to cause an upset like they almost did in Newcastle last Sunday.

Without Tom Trbojevic, they managed to score four tries and lost in large part to a huge possession swing in the final 15 minutes of the game.

Souths are looking for a fourth win in a row, but the form is questionable when they’ve only accounted for the Dragons, the Broncos, and the Cowboys in a thriller.

The Rabbitohs find themselves in seventh place, with their only win against a top-eight side coming in round one against Cronulla. Again, how real is first-round form?

It means they are 1-5 against the other teams in the finals places, while they are 7-1 against sides below them on the ladder.

That record alone is a big factor in their $1.40 favouritism, but the Sea Eagles’ injury factor also plays a part in it.

The good news for Manly is they get Martin Taupau back into their starting side, and they also would have loved Taniela Paseka’s performance against Newcastle.

Addin Fonua-Blake is also named in the extended squad. With their season on the line, will Manly risk bringing him back too soon?

The three games these clubs played in 2019 all went down to the wire with plenty of controversy surrounding their semi-final, and you can expect this one to be a close affair as well.

Souths’ record against teams outside the eight is hard to ignore, especially when they are paying an even $3.20 for a 1-12 win.

At $4 for the same margin, don’t discount Manly from causing the upset. They are at their most dangerous with their backs against the wall.