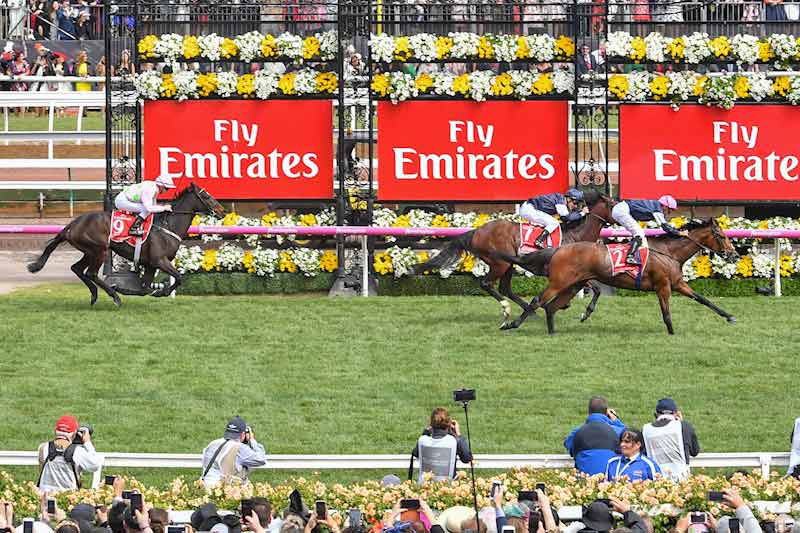 PUNTERS at Sportsbet.com.au enjoyed a day out on the 2017 Melbourne Cup.

The online bookmaker reports that several of its customers turned modest stakes into big windfalls by picking the first three in the race that stops the nation.

Top of the pops was a $50 boxed trifecta that returned some $151,225 after Rekindling, Johannes Vermeer and Max Dynamite delivered the goods.

“Hats off to those punters, Rekindling was an unlikely hero but no doubt they’ll celebrate their wins for a long time to come,” said Sportsbet’s Will Byrne.

Rekindling has opened as the $21 favourite in the early betting for the 2018 Melbourne Cup, with runner-up Johannes Vermeer ($26) and 2016 winner Almandin ($31) also highly ranked.