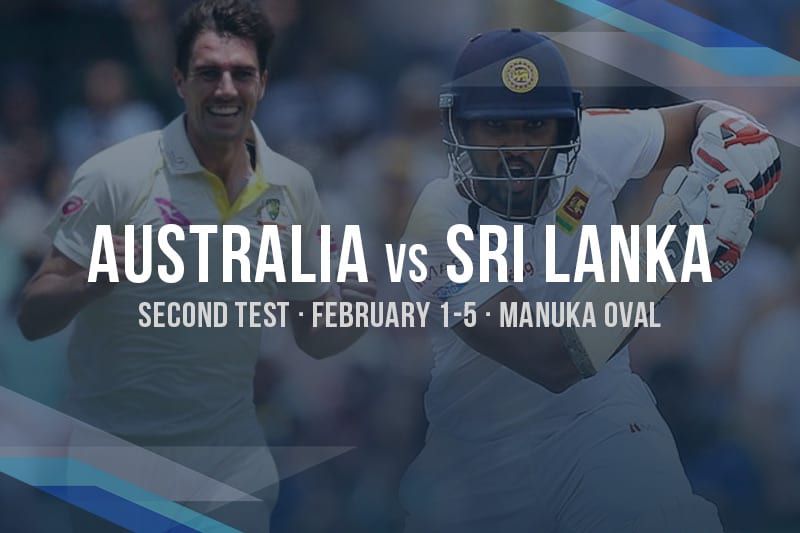 WE will see at least one more debut in Australian cricket this week.

This is the first time Canberra’s Manuka Oval has hosted a Test match and the groundskeepers are talking it up as a batsman’s paradise.

That is good news for the Aussie batsmen, none of whom have registered a ton this summer, but it poses questions about the depth of the bowling attack.

The national selectors have responded by drafting in Marcus Stoinis, who has impressed with bat and ball alike in the T20 Big Bash League.

Although a regular in the limited-overs squads, the WA allrounder is yet to don the baggy green and could become Australia’s fourth debutante this summer.

He would most likely replace either Joe Burns or Kurtis Patterson, neither of whom took full advantage of their opportunities in the Brisbane Test.

Meanwhile, things are going from bad to worse for a Sri Lanka side that was in turmoil before the series even began.

Lahiru Kumara tore his hamstring on day two at the Gabba and will miss both the Canberra Test and the upcoming tour of South Africa.

As if the visitors’ fast bowling stocks weren’t depleted enough already, Dushmantha Chameera is heading home as well after sustaining an ankle injury.

That means an almost-certain recall to the starting XI for Kasun Rajitha, while Vishwa Fernando and Chamika Karunaratne have joined the touring party as replacements.

With Nuwan Pradeep also out of action, these latest injury woes have put a near-unbearable strain on what was already the weakest segment of Sri Lanka’s squad.

There were plenty of bright individual displays in Australia’s big win at the Gabba.

Marnus Labuschagne shushed his critics with a well-made 81, Travis Head further enhanced his reputation as a long-term prospect and Jhye Richardson was outstanding with the new ball on debut.

But nobody came close to Pat Cummins and 10-wicket haul, which included figures of 6/23 in a blistering second-innings performance.

It is the second time in three Tests the New South Welshman has recorded career-best numbers for both an innings and a match, after he ripped through India with nine wickets at the MCG.

Cummins has a knack for extracting pace and bounce where other bowlers cannot and that trait should prove useful on one of the flattest wickets in Australia.

For all the promise Harris has shown in his maiden international summer, he is yet to go on and make a big score. The Vic opener will never have a better chance to crack triple figures.

Mendis has priors against Australia and hit a ton on the recent tour of New Zealand, so he looks the best bet in a batting order that lacks established, reliable players.

Sri Lanka were all at sea against the swing and bounce of Cummins and Richardson at the Gabba, but they should find things a little easier in the more batter-friendly climes of the Australian capital.

On the other hand, Dinesh Chandimal’s patchwork bowling attack could be cruelly exposed in conditions where even three experienced quicks might not be enough.

This is a shadow of the talented Sri Lankan sides that used to get thumped in Australia, so don’t expect any miracles.