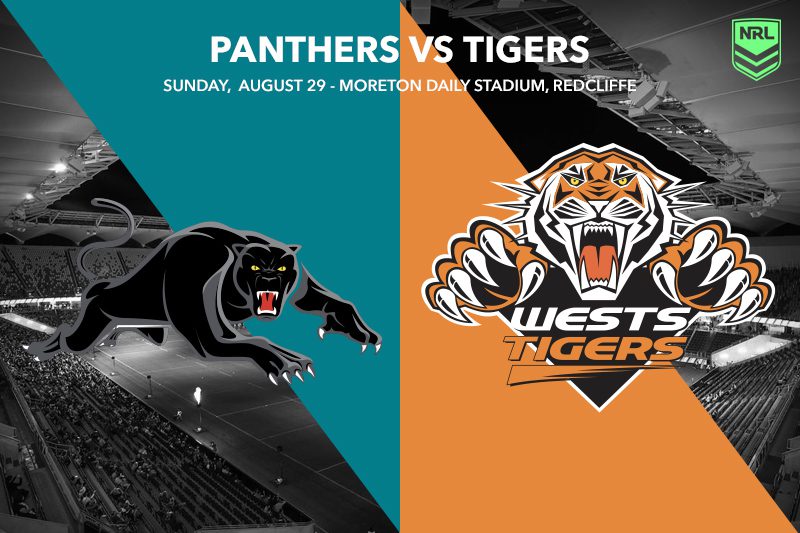 The Penrith Panthers and Wests Tigers will close out Round 24 of the NRL competition in what has become the biggest betting mismatch of the season. Earlier this year the Broncos defeated the Roosters as a $13 outsider to set a betting record, so it shows you just what the Tigers are up against on Sunday afternoon. Penrith will be at full strength with the inclusion of Brian To’o on the wing and it shapes as a danger game of sorts for them. They have nothing to gain from this game and with an eye on the Finals Series it could leave them prone to picking up some untimely injuries. They are locked in to finish second so there is no carrot of the Minor Premiership at stake for them in this game, so it will be interesting to see how hard they go for the 80 minutes. The Wests Tigers were diabolical in their last start with their season on the line and they will be without Adam Doueihi for the majority of next season after he underwent surgery to repair a torn ACL. Doueihi was their only player who consistently created points for them and it is hard to see where they manufacture tries.

Moses Mbye as a big-money player has not provided the Wests Tigers with the value they were signing on for, but perhaps he showed again last week his best position might be fullback. He had one set of six where he saved two tries on consecutive plays and had to cover enormous territory to keep the Sharks at bay, and you feel as though he is going to be on the bike a lot in this game. Dylan Edwards for the Panthers is seen by many as the weak link in their stacked team, so it will be interesting to see two maligned fullbacks do all they can to prove themselves. Every other personal match up across the park is a wash and this one at least has some intrigue.

When a team is favoured this heavily like the Penrith Panthers, it is difficult to predict what will happen. Even though they say they don’t take the game lightly, chances are they take it lightly. Most people will want to have a lash at the -29.5 line but there is a chance they pull some starters in the final 20 minutes, and it could slow them down. Will they be far enough ahead after 60 minutes? The could be had with some funky try scoring combos, so why not take the entire three-quarter line of Stephen Crichton, Paul Momirovski, Matt Burton and Brian To’o to score a try for a price of $6.50. It feels like a short price for a four-leg multi but that’s for good reason. Combine it with an outsider like Tevita Pangai Jr off the bench and you can $21.

Will anyone be brave enough to take the $41 on offer with Sportsbet for a 13 plus win for the Tigers? In all seriousness, the +29.5 line actually has some appeal for them. They are a bad side but in periods they will show some ‘bounce back factor’ before the points leak. They have covered the line in five of their last seven games and the point made earlier about Penrith potentially pulling some players to rest up for the Finals, so there may be a cheap try or two to be had late in the game. Ken Maumalo at $3.10 is a sensational price on the left wing and so is Tommy Talau at $5.50 on the right side of the field. In a bad bunch those two names rise like a flower from a pot of dirt.

Pain for the Tigers but Penrith take it easy on them and you’ll the Tigers cover the +29.5 handicap. Penrith win 36-10 in a game that Tigers fans just have to endure.

Tigers +29.5 with Ken Maumalo, Brian To’o, Matt Burton, Stephen Crichton and Paul Momirovski to all score a try. Why not take the $88 on offer? If you add Tommy Talau, you can get $251 for your troubles. He has scored in three straight games for the Tigers, so it might not be the worst 251 to 1 shot you’ve ever seen.