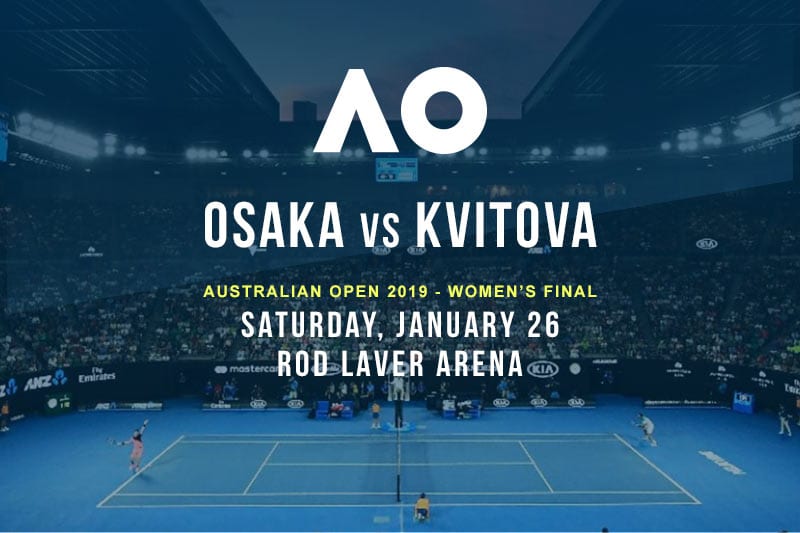 EITHER way, we will have a first-time champion in the women’s singles at the Australian Open.

Naomi Osaka is gunning for her second major title in a row after conquering Serena Williams at last year’s US Open.

If there were any doubts about the Japanese star’s credentials, she has put those to rest with her performances over the past fortnight.

Superior serving proved the difference in her 6-2, 4-6, 6-4 win over Karolina Pliskova in the semis, where the 21-year-old blasted 15 aces and won 81 per cent of points on her first serve.

That was Osaka’s fourth consecutive victory over a seeded player, with only one of those matches – her quarter-final demolition of Elina Svitolina – completed in straight sets.

It is a very different story for Petra Kvitova.

The Czech is yet to drop a set and had not conceded more than five games in any of her matches until the semis.

That stat was nixed when Danielle Collins took her to a tiebreak on Thursday night, but Kvitova responded in emphatic fashion to win 7-6, 6-0.

The two-time Wimbledon champ has enjoyed a favourable draw, with Ashleigh Barty her only seeded opponent in a bracket that saw Caroline Garcia, Angelique Kerber, Jelena Ostapenko, Aryna Sabalenka, Maria Sharapova, Sloane Stephens and Caroline Wozniacki all dumped before the quarters.

So while Kvitova has spent much less time on court than Osaka, there are questions as to whether she is as championship-ready as her fellow finalist.

Ladbrokes.com.au is running a pair of betting specials for the 2019 Australian Open women’s final:

The online bookmaker will also have exclusive Australian Open Bet Blast odds ready on Saturday, so keep an eye out for that.

Last year’s final was a beauty and this matchup has all the hallmarks of another classic.

Osaka is young, powerful and always improving, while Kvitova has reached a level not seen since her comeback in 2017.

Both are dominant on serve, albeit for different reasons, but Naomi might have the edge on the return.

She has spent a lot more energy over the last two weeks, however, so it remains to be seen whether she is quite so sharp on Saturday night.

On the flip side, there are doubts about whether Kvitova is prepared for a real fight after such an easy run.

Can she maintain her intensity if it goes to three sets? Or will she crumble when the going gets tough?

It is tempting to take Osaka at odds, but Kvitova’s form and focus is such that it is hard to see anyone beating her right now.