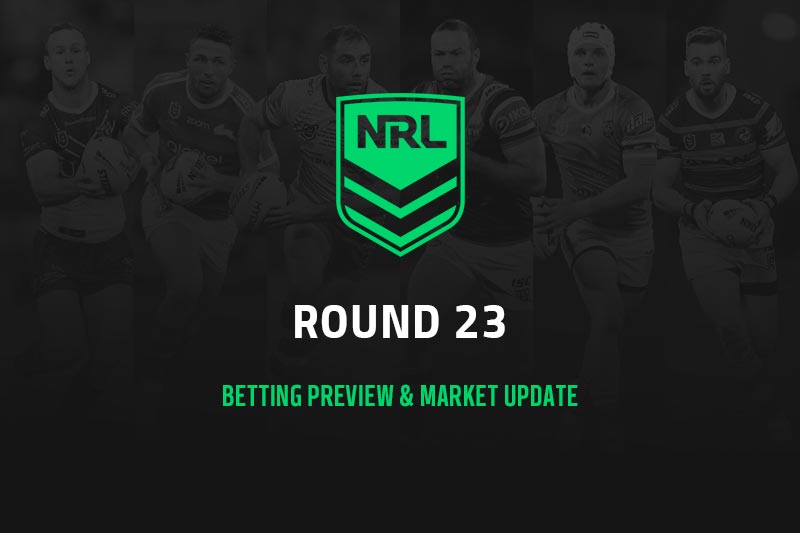 Some 13 teams remain in the hunt for finals football with just three weekends left to play in the 2021 NRL regular season.

While the Sharks, Dragons, Warriors and Tigers would all need a big collapse from the Knights, Titans and Raiders to be in with a chance to progress, their fans will be clinging onto every last drop of hope.

The Tigers and the Sharks on Saturday afternoon will both roll the dice one last time for 2021, with the loser mathematically eliminated from finals contention. The Sharks have scored just two points across their last two second halves, while the Tigers are picking up steam with wins over the Bulldogs and Cowboys in their last two starts. Cronulla’s brutal failure to get the job done against Newcastle is going to create a huge mental hurdle for them to overcome, but do the Tigers have it in them to put the foot on their throats?

The Warriors looked done a fortnight ago, but back-to-back wins and a clash against the Broncos on a Sunday afternoon in Brisbane leaves them with a chance to stay alive one more week. Brisbane have showed tremendous improvement in recent weeks, but is there a chance their progression isn’t linear and it keeps the door ajar for the Warriors to make a late surge?

The headlines for the 2021 season have mostly told stories of blowout margins, but when you look a little deeper there is still plenty of intrigue to play out over the final weeks.

The Titans were blown off the park by the Rabbitohs in their last start and are clinging on to eighth position with a 9-12 record. They come in as a huge home underdog at $7, and even when you account for the Storm’s recent dip in impeccable form, Gold Coast will be friendless in the major NRL betting markets. This game is not just significant for the Titans’ finals hopes, but if the Storm win as expected it will mark their 19th consecutive win, which will tie the record set by the 1975 Eastern Suburbs Roosters. Melbourne are just $1.10 to get the job done and are giving up a 20.5-point head start, and they could also be without Dale Finucane, Tui Kamikamica and Nelson Asofa-Solomona due to various injuries. The Titans lost by just six points in their meeting earlier this year, so will the Storm be pushed again?

The injury news that came through late Sunday evening about Tom Trbojevic’s fractured cheekbone has already shifted the betting markets for this game. It saw the Raiders shorten into $1.50 and the Sea Eagles drift to $1.54, and it needs to be remembered that it was this fixture in Round 17 where Canberra started to turn their season around with a gritty win at Brookvale. Tommy Turbo was unavailable that night due to State of Origin commitments, so don’t think for a minute this game is a fait accompli. A loss would all but end Manly’s hopes of finishing in the top four, and a win could have Canberra back in control of their own destiny.

When these two clubs met 11 weeks ago, the Rabbitohs were embarrassed 56-12 in Dubbo. Souths haven’t lost since then and have played some mesmerising football in the process, while the Panthers have been thrown some challenges and have met almost all of them. Penrith are the $1.65 favourite for this game, but there looks to be terrific value in South Sydney at the $2.25 price. The Rabbitohs will feel as though they need this win just a little more than the Panthers do, and with no home-ground advantage for week one of the NRL finals, Penrith have no real incentive to finish second. The other factor for both teams could be some shenanigans about how much they show their opposition. They are almost certain to play each other in week one of the finals, and there has to be a part of both clubs who might want to keep their powder dry. It shapes up as one of the best games of the season.

This game is a fun way to start Super Saturday. It is last-chance saloon for both clubs, so we are guaranteed some drama. The Sharks ended the Tigers’ season two years ago in dramatic style with the same stakes on the line, so have Wests kept that painful memory in the back of their minds? Cronulla showed up with a terrific attitude against Newcastle but couldn’t score a second-half try once again, but they still come in as the $1.54 favourite. The Tigers have won three of their last five off the bye and look to be huge nuisance value at $2.50. The -4.5 line suggests this contest is going to end in heartache for one of these sides.

Newcastle took a big step forward to playing finals in consecutive seasons for the first time in 18 years with a close win over Cronulla, while Canterbury are only playing for pride at this point, locked in to win the wooden spoon for the first time since 2008. Newcastle have won five of their last seven games either side of the bye and are the $1.18 favourite to win their fourth game in a row. If the Sea Eagles and Storm win in Round 23 and the Knights take care of business, Newcastle will open up a four-point gap on the Titans and Raiders with two games to play. Canterbury are $5 to cause the upset, but that could blow out further if the Raiders recall Ryan James and Corey Horsburgh from their loan stint.

Parramatta’s season is in freefall following a 56-10 shellacking from Manly, but they’ve been shown some mercy from the footy gods with a game against a North Queensland Cowboys side who are in the midst of a nine-game losing streak. Parramatta have been diabolical for a month but are still the $1.35 favourite to get the win; however, in the event they are unable to get the job done, there will be virtual riots in the streets surrounding Bankwest Stadium. The Cowboys are $3.25 to get the win, but you have to go all the way back to Round 5 for the last game the Cowboys won away from home. The last game Parramatta won was at Cbus Super Stadium, so they should be feeling some good vibes that things will turn their way.

The Roosters were given all they could handle against the Broncos, and many would argue they were lucky to win, but the fact is they are now in the box seat to finish fourth in a season from hell with injuries and suspensions. They are $1.25 to get the two points over the Dragons, who haven’t won since their bye and their infamous barbecue. St George Illawarra are somehow still a mathematical chance to play in September, but it looks as though it will be too big of a mountain to climb at the +12.5 line in this game.

This looks like it will be a fun game to finish a big round of footy. Brisbane have improved remarkably as a defensive unit in recent weeks, and the Warriors are still hanging in the finals race. New Zealand are the $1.80 favourite but are only being given a -1.5 handicap, so the market is suggesting a Sunday afternoon thriller at Suncorp Stadium. This game is being dubbed as the ‘Reece Walsh Bowl’, after the young half who has starred for NZ this season having slipped through Brisbane’s grasp.