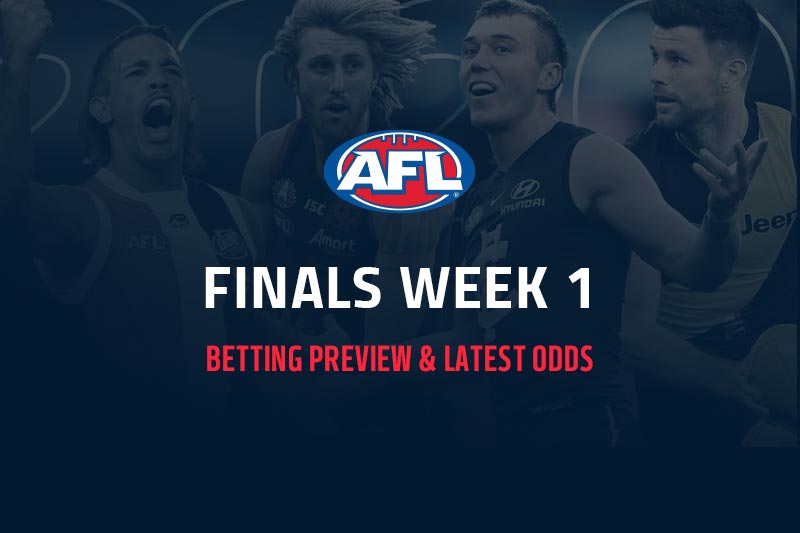 The 23 rounds of the home-and-away season are done and only eight teams remain in the hunt for the 2021 AFL Premiership flag.

There was no shortage of drama on the last weekend before the finals, with several key clashes going down to the wire.

Port Adelaide’s two-point win over the Western Bulldogs on Friday night catapulted the Power into the top two, while Melbourne came from nowhere to beat Geelong with a kick after the siren and claim the minor premiership.

The Brisbane Lions needed a few things to go right in order to snatch a double chance, and their furious late scramble for points paid off as they beat West Coast by 38 to sneak into fourth place by a mere 0.5 on percentage.

All that chaos was bad news for the Bulldogs, who fell to fifth having led all comers just a few weeks ago at the conclusion of round 20.

The GWS Giants saw off a spirited Carlton side to make sure of seventh place and set up a derby date with the Sydney Swans, while Essendon waltzed into the eight after St Kilda killed off Fremantle’s chances on Sunday afternoon.

The AFL has scrapped the pre-finals bye this year, so let’s dive straight into the four tantalising matchups in week one.

Having thrown away the minor flag as well as top seeding in the post-season, the Cats must now face the Power at Adelaide Oval in a rematch of last year’s elimination final. Port Adelaide came out on top on that occasion, and the early money at Sportsbet.com.au has the home side as $1.74 favourites for Friday’s clash. There will be a bit of interest in Geelong at $2.10, especially after they beat Port on their own deck earlier this season, but can the Cats bounce back from their 44-point collapse against the Demons?

Can we still call it the ‘Battle of the Bridge’ when it isn’t taking place in the Harbour City? The Swans and Giants will meet in Launceston on Saturday afternoon, but it should be a spicy affair despite the neutral venue. These sides have already played out two crackers this year, with GWS getting up by two points in round five and Sydney coming from six goals down to reap their revenge in round 18. While the Swans are deserving $1.61 favourites, the Giants are sure to attract some money at $2.34 after winning four out of five since these two rivals last clashed.

Both of these teams finished the home-and-away season on a massive high, so this might be the pick of the games in week one of the finals. The online bookies are with the Demons at $1.67 after their stunning comeback against Geelong, while plenty of punters will also be thinking back to Melbourne’s impressive 22-point win over the Lions in round 12. Brisbane have gone through plenty since then, however, and come into the finals in red-hot form after winning three in a row by an average margin of 62 points.

The Western Bulldogs are the shortest-priced favourites of the week at $1.55, but this matchup is anything but a fait accompli. Luke Beveridge’s men have easily the worst form-line of the eight remaining teams, and morale at the Kennel can’t be great after throwing away what seemed a certain top-four finish. Essendon had a good month leading into the finals and will have plenty of admirers as $2.46 outsiders, not least because they defied the odds to beat the Dogs only a few weeks ago.

There are no great surprises at the top end of the 2021 AFL Premiership betting, with Melbourne ($3.75) leapfrogging Geelong ($4.20) into outright favouritism. Port Adelaide ($7 into $5) and Brisbane ($8 into $5.50) have both firmed as a result of securing spots in the top four, while the Bulldogs have slid from $5.50 to $10 on the back of their horror run into the finals. Of the outsiders, the value is with the Swans at $15; they beat the Lions, Cats and Dogs during the regular season, and they pushed the Demons and the Power all the way as well.