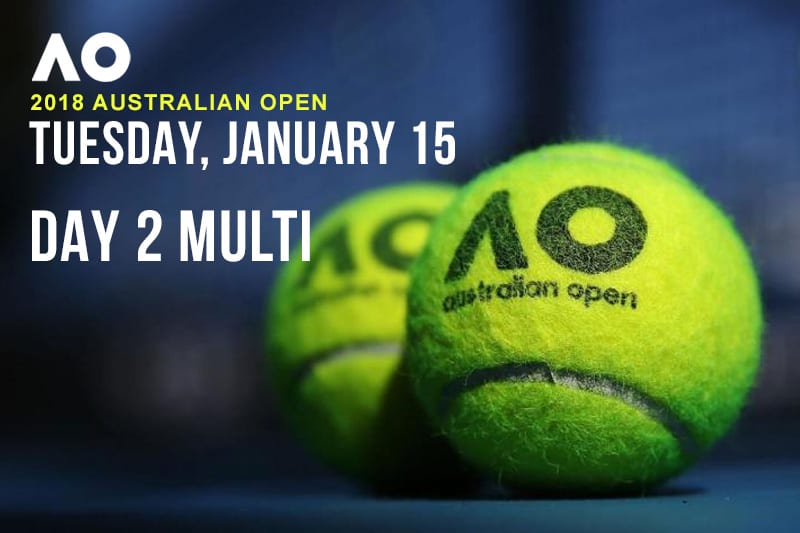 The man, the myth, the constant disappointment that is Nick Kyrgios is set to make all kinds of headlines in Day 2 of the 2019 Australian Open.

Will they be positive or negative?

Will he give effort?

Will he showcase his true talent?

One thing is certain — the circus that surrounds his career will continue on, win, lose or draw.

While the semi-professional Australian will carry the hopes of a nation into the tournament, it is typically around January each year in which the public remembers why they have lost patience in the man who showed so much talent early in his career.

Kyrgios will take on Canadian gun Milos Raonic and is paying $2 in head-to-head betting — good odds if you could be guaranteed that the Australian would actually give maximum effort for more than 30 minutes.

Looking to the other big matches of the day, former Australian Open champ Stan Warwinka offers strong odds against Ernests Gulbis, Jo Wilfred Tsonga is highly-fancied in his match against Slovakian Martin Klizan and German sensation Alexander Zverev will look to make his mark against Aljaž Bedene.

Let’s take a look at what our multi of the day has to offer:

Let’s get this out of the way nice and early — Nick Kyrgios will lose against Raonic.

The Australian’s preparation, form and fitness heading into the tournament has been filled with question marks and although he is seriously capable of beating Raonic, the Canadian will get the job done at incredible odds of $1.80.

If these two were playing at any other venue, Raonic would surely be into the $1.30 region.

Wawrinka may have a fight on his hands with the feisty Gulbis, but should get the job done, while Jo Wilfred Tsonga looks in good shape and should have the form to reward punters taking on the $1.28 against Klizan.

Keep an eye on this German kid Alexander Zverev — he could go a long way in this tournament, starting with what should be a walkover of Bedene.