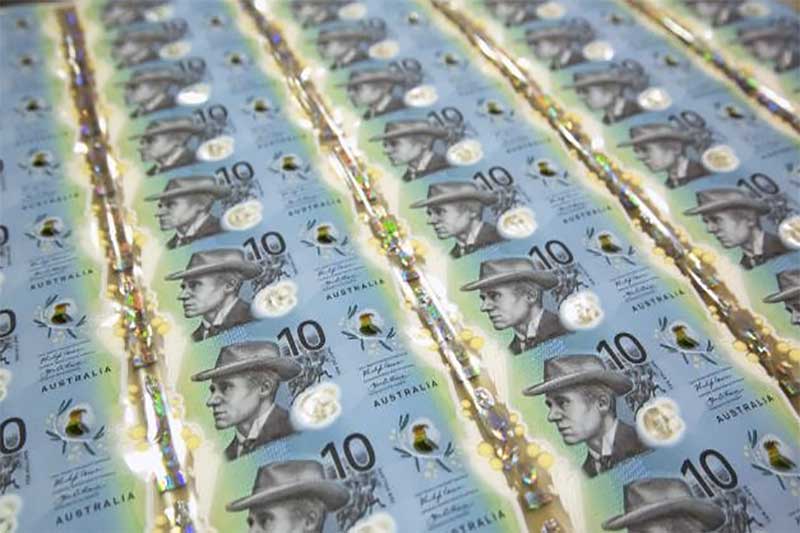 IF you’ve gotten your hands on a shiny new $10 note, don’t expect to be able to use it at TAB terminal or poker machine just yet.

The new note was released last week, and while the Reserve Bank of Australia said it would work in vending machines, it has been a different story for gamblers.

The new $10 note has the same clear panel as the $5 note, with a feature which assists vision impaired people. The note also has the same blue colour scheme and still features AB “Banjo” Paterson and Dame Mary Gilmore.

And much like the $5 note which caused a stir when it was first released last year, the $10 note has been found to be incompatible with automatic cash machines.

A writer for the Daily Telegraph purchased several $10 notes and used them at various TAB betting terminals in the Sydney CBD, only to receive the message: “Warning, bad or invalid banknote detected”.

They also attempted to put the note through land-based poker machines, with more than 30 tested across three different venues. Every machine rejected the note, including a brand new pokie which had been added to a Sydney pub one week ago.

Tabcorp, which is waiting for the Australian Competition Tribunal to re-review its merger deal with Tatts after an appeal was upheld, warned that there would be some delays before the TAB machines could handle the currency.

A spokesperson for the company said it would update its machines to accept the new $10 note “once testing is complete and regulatory clearance obtained.”

“Pending regulatory approval, we aim to electronically update the terminals in mid to late October,” he said.

“In the meantime, customers in venues can exchange the new notes for the older $10, or for smaller denomination notes, for use in the terminals.”

You can also head online and place your bets at Australian sports betting sites, with a wide range of deposit methods on offer which do not require note compatibility.

Chief executive of the Gaming Technologies Association, Ross Ferrar, said all new poker machines would be able to accept the note, while older machines will need an update. He added that the updates were the responsibility of the venues.

While the DT reporter also said several vending machines spat the note out, the RBA said the $10 note would be compatible if businesses updated their equipment.

The RBA’s assistant governor for business services, Lindsay Boulton, said these businesses had already been given six months to prepare for the new $10 note and upgrade their equipment.

“For the $5 note, we made production quality banknotes available to the manufacturers and operators some six months in advance,” Mr Boulton said.

“So manufacturers and operators have had the opportunity for the past six months to use those production quality bank notes to make changes to their machines, should they need to do so.”

It appears that companies will need to start preparing for the changes further in advance, given $20, $50 and $100 notes are to be rolled out in the next few years.