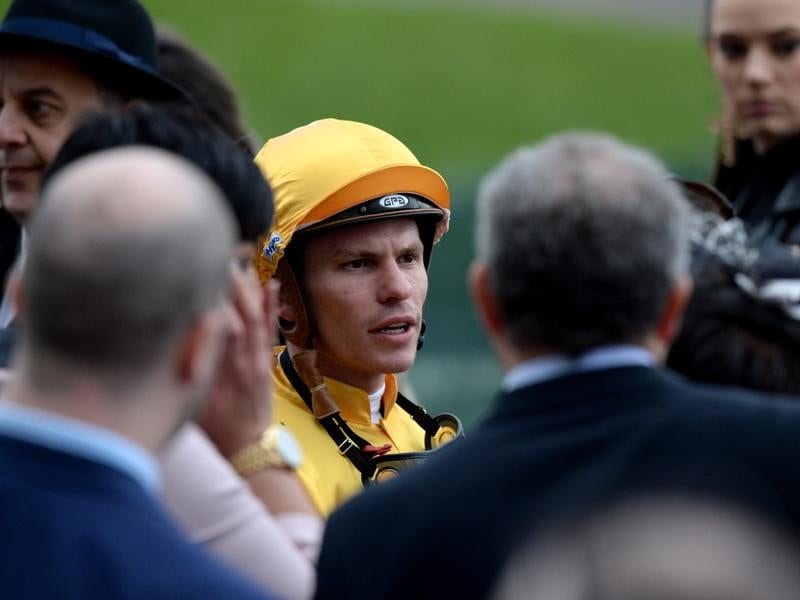 Ben Melham has been forced to abandon his quest to ride She Will Reign in The Everest.

The task of getting down to 51kg to ride She Will Reign in The Everest has proven too difficult for Ben Melham.

The Melbourne-based jockey has relinquished the ride on the Golden Slipper winner after contacting trainer Gary Portelli and managing owner Scott Darby.

Melham rode She Will Reign to victory in the Golden Slipper in March and has had a long-standing commitment to ride the filly in the $10 million sprint at Randwick on October 14.

But the jockey has been thinking about the ride for some time.

He said there was no trouble getting down to 52kg but losing the extra 1kg was too tough.

“I decided to let them know now while they’ve got plenty of time,” Melham said.

“Obviously they’ve got limited options with that kind of weight and I didn’t want to get close to the date and work out it was going to be too light for me.

“It was a little bit disheartening as she’s a quality filly and I wish the connections the best of luck.”

Melham said he felt relief after informing connections of the decision.

He said there was constant mental anguish as he tried to lower his body weight.

“I trained for six or seven weeks and I would have liked to have had an extra kilo off from where I got to,” Melham said.

“The lighter you get the last kilo or two can really be hell.

“I made an executive decision that it was beyond me.”

Melham has been riding at 54kg in recent weeks and plans to be ride lighter when he resumes from a suspension incurred at Flemington last Saturday.

A decision on who will partner She Will Reign in The Everest will be made after she runs in the Moir Stakes at Moonee Valley on September 29.

Kerrin McEvoy, who partnered the filly in a trial at Rosehill on Tuesday, rides her in the Group One sprint while Melham will partner Malaguerra at his first meeting back from his ban.