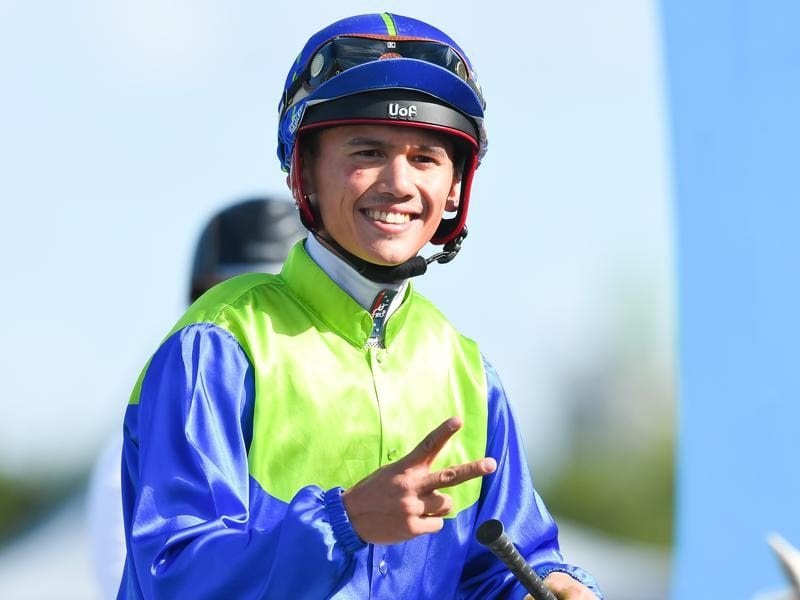 Apprentice Matt McGillivray has four meetings left to try to outride his claim.

Premiership leading jockey Matt McGillivray is in a race against time to outride his city allowance before completing his apprenticeship.

McGillivray is leading the senior and apprentice’s metropolitan premierships with 13 winners this season but failed to salute the judge at Doomben on Saturday.

He has ridden 279 winners overall and has 75 metropolitan winners to his credit.

McGillivray’s apprenticeship is listed to finish in two weeks and he has four meetings in which to ride the five winners to lose his city allowance.

“Every apprentice wants to outride his city allowance so I hope I can do it,” McGillivray said.

McGillivray has five rides at Doomben on Wednesday to help his cause.

To confuse the matter McGillivray has been riding on a Queensland Civil and Administrative Tribunal stay of proceedings pending a careless riding appeal.

McGillivray was given a 10-day suspension in July and then lost an internal review appeal which gave him an extra meeting.

He has appealed to QCAT about both decisions.

“I expect we will have a hearing date some time later this year,” McGillivray’s lawyer Matt Tutt said.

Tutt is also defending jockey Brigid Grylls in an appeal process and she was on a stay when she scored her third win in a row on Gatlinburg on Saturday.

Grylls was suspended for four weeks last month on a handling charge from a Gold Coast meeting but is defending the decision.