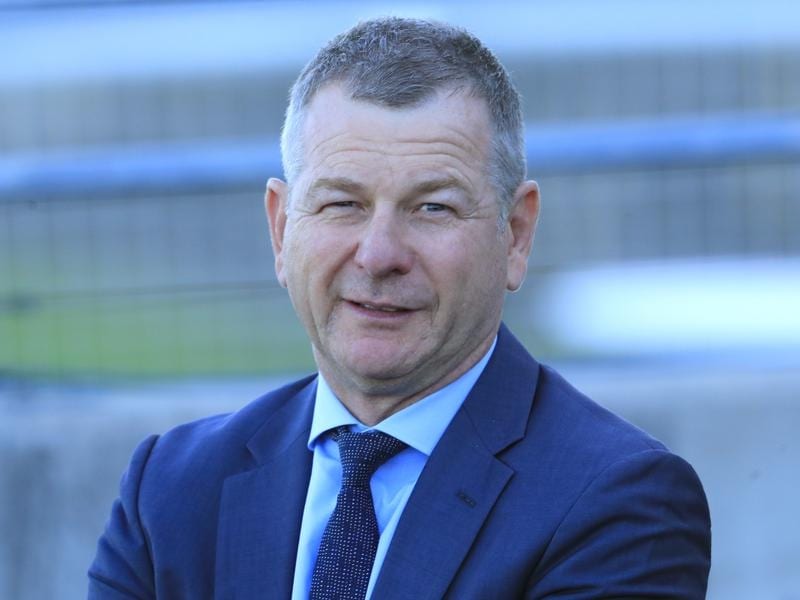 NSW’s premiership-leading trainer Kris Lees is poised to have a strong hand in one of the state’s biggest country Cups.

Lees is leading Sydney’s premier trainer Chris Waller in the NSW premiership with less than a month of the season to go and both trainers have three acceptors in Thursday’s Listed $200,000 Grafton Cup (2350m) in a 16-horse field.

The Lees-trained Sixties Groove, who has topweight of 61kg, was the favourite in an early market on Monday at $4 while stablemate Frankely Awesome was on the second line of betting at $6 alongside Carzoff, who is trained by Waller.

Frankely Awesome and Sixties Groove ran the quinella in the recent Listed McKell Cup (2000m) at Rosehill but the pair have drawn wide for Thursday’s feature in barriers 16 and 12 respectively.

Carzoff, who finished third in the McKell Cup, also has a wide draw in barrier 14 and will be ridden by Glen Boss with Waller also accepting for The Lord Mayor and Satono Rasen.

The Cup is the feature on Thursday’s program with the Listed Ramornie Handicap is the main event on Wednesday’s card at the same venue.

The Matthew Dunn-trained Snitz is the early favourite for the Ramornie (1200m).