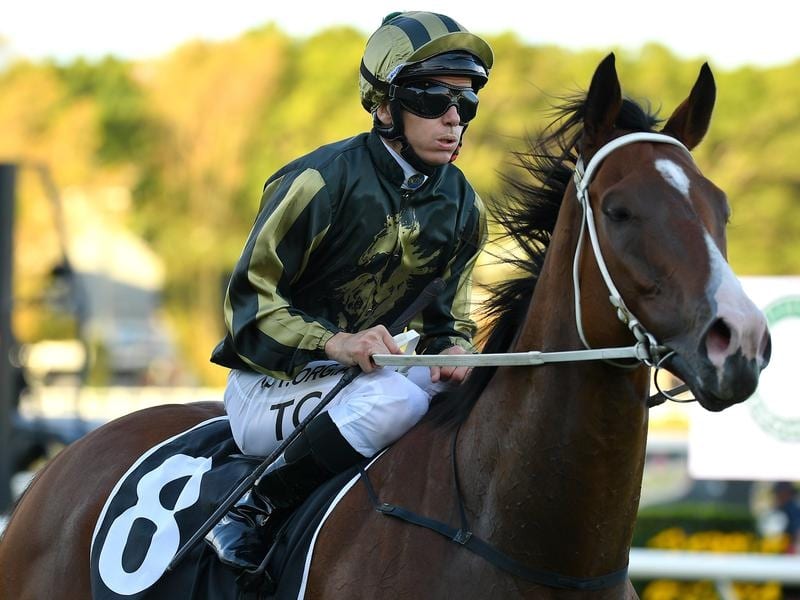 Talented sprinter Snitz is among the leading chances in the Listed Ramornie Handicap at Grafton.

Northern Rivers trainer Matt Dunn has a prime opportunity to win one of the most significant races in his region when Snitz tackles the Ramornie Handicap at Grafton.

Dunn is the district’s leading trainer but is yet to win either of the main features at the annual Grafton July carnival, a statistic he is keen to change.

He does not have a Grafton Cup horse this year but in much-improved gelding Snitz, he has a genuine Ramornie Handicap (1200m) contender on Wednesday.

“The Ramornie and Grafton Cup are the two pinnacle races in our area,” Dunn said.

“I’d love to win it. We obviously support northern rivers racing more than anywhere else and we haven’t won a Cup or a Ramornie.

“It would be pretty good to get one.”

Dunn has been enjoying one of his best seasons highlighted by a number of Sydney successes.

On Thursday he trained five of the six winners at Murwillumbah, his final runner failing by a head to deliver him a clean-sweep of the card.

Snitz has been the stable flagbearer and has cemented his stakes credentials with a black-type victory two starts ago followed by a brave third to Classique Legend in Listed grade.

He has been given a month between runs, rounding out his preparations for Wednesday’s country feature with a rousing gallop.

“His work was as good as he’s gone,” Dunn said.

“He looks bright and well and a bit of space between runs won’t hurt him.”

Matthew McGuren has been booked to ride Snitz for the first time since guiding the horse to his maiden victory at the same venue more than three years ago.

Snitz has drawn barrier six in the 200,000 race that includes a strong representation from Sydney stables.

The John O’Shea-trained Southern Lad, who split Classique Legend and Snitz in the Bob Charley Stakes, has drawn barrier 11.

Hightail and Signore Fox, members of the Peter and Paul Snowden stable, will jump from gates four and two respectively.