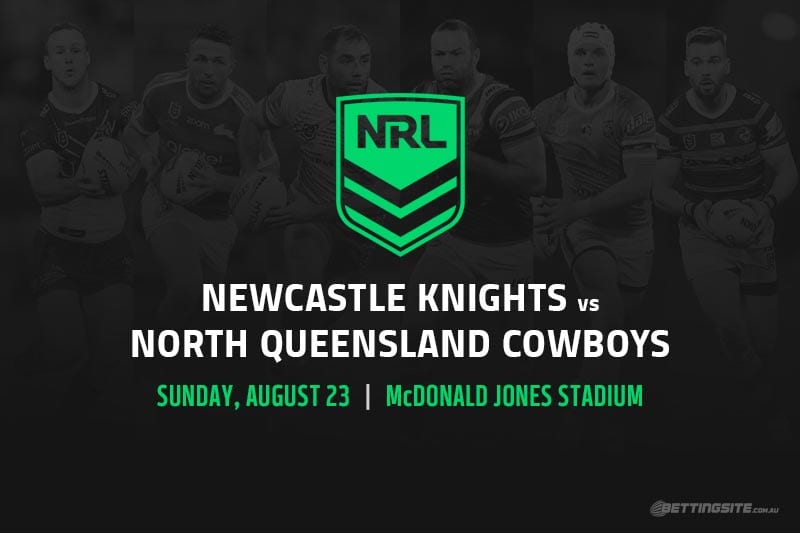 Back in round seven, this contest was seen as one-way traffic for the Newcastle Knights.

However, they found themselves 26-0 down at the break as the Cowboys decided to turn it on and effectively take Kalyn Ponga out of the contest.

North Queensland know better than anyone how talented he is, and they used the negative tactic of kicking the ball deep into touch to prevent Ponga burning them on kick returns.

It also slowed down any chance the Knights’ outside backs had of generating any positive play, and no doubt the Cowboys will look to do the same again this weekend.

Having won back-to-back games for the first time since March, Newcastle have looked a different outfit in the last fortnight since the acquisition of Blake Green.

In the five games prior to Green’s arrival, they only managed 12 tries. In the two games since, they have crossed the stripe 13 times.

Newcastle are playing their third game in a row at home, and a win here would put them in a great position to have a real crack at the top four.

The North Queensland Cowboys come in as the $3.50 underdogs, having only won six times in their history at McDonald Jones Stadium.

Newcastle were slow to start against Manly, which makes the 13+ margin dicey even though they should win this game comfortably.

Starford To’a is a great shout to score first or at anytime, as the rookie winger has scored three tries in as many first-grade appearances.

A former Cowboy in Enari Tuala has quietly had a fantastic season for the Knights. Fresh off scoring a double, he is $15 to cross for the first.

Hamiso Tabuai-Fidow scored an unbelievable try for the Cowboys last weekend and could light up the Hunter on Sunday, so the $13 for first tryscorer is worth a look.

Best bets for Knights vs Cowboys