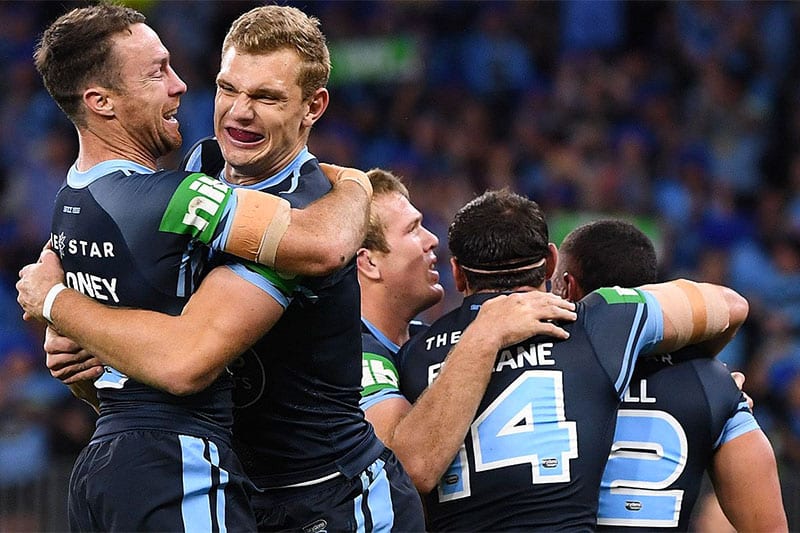 Sportsbet.com.au has installed New South Wales as $1.50 favourites to take out the 2019 State of Origin series after Sunday’s blowout in game two.

The Blues had plenty of questions to answer after their four-point loss at Suncorp Stadium on June 5, leading coach Brad Fittler to make a number of changes for the standalone clash in Perth.

The most significant of those was the inclusion of Tom Trbojevic, who notched the first Origin hat-trick for a NSW player since 2005 in a commanding performance at centre.

The likes of Blake Ferguson, Dale Finucane, James Maloney and Daniel Saifiti also acquitted themselves well as the Blues squared the series with an emphatic 38-6 win.

Fittler’s selection dilemmas are far from sorted, however, with Nathan Cleary in doubt for game three after missing the second half at Optus Stadium with an ankle injury.

There is no shortage of candidates for the halfback role if the Penrith playmaker does not pull up, with Mitchell Pearce – also pending fitness – at the head of the queue.

It is now Queensland’s turn to do some soul searching after a horrible night in WA.

The Maroons were beaten in all departments, leading online bookmakers to wind them out to $2.60 odds for the series decider on July 10 at ANZ Stadium.

Coach Kevin Walters and the QLD selection committee have come in for plenty of criticism after Dylan Napa managed a paltry 23 minutes on field due to an existing wrist injury.

Also under the microscope is Maroons forward Josh McGuire, who is expected to miss a week of NRL action for a late hit on Blues star Maloney.