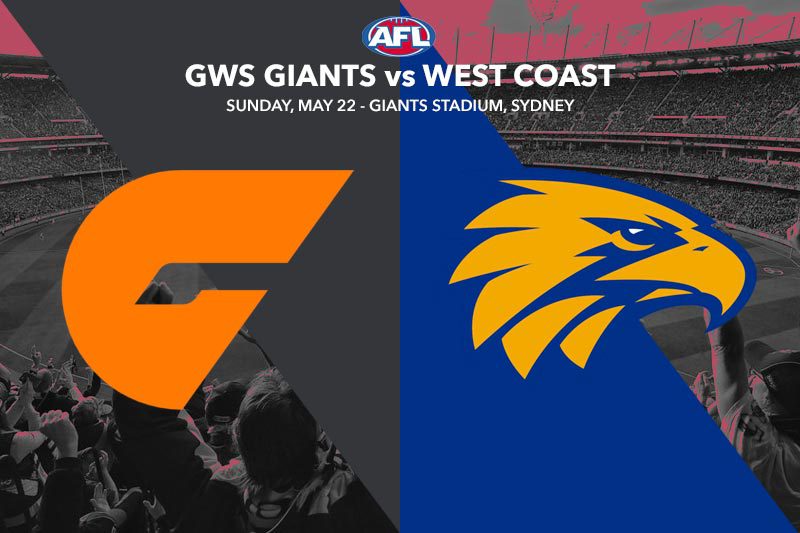 Will the GWS Giants enter the post-Leon Cameron era with a win over the slowly improving Eagles when the sides clash at Giants Stadium in round 10?

Every keen sports fan knows that when a coach is replaced, their former team ALWAYS win the next game. It’s an iron law of sports betting. This law looks unlikely to be broken when the Eagles land in Western Sydney.

Why does this law persist? Well, a new coaching team might just decide that a range of highly paid players are not up to standard and cut them from the roster. The threat of being abruptly de-listed will normally motivate a lift in performance. So, we can expect a rejuvenated Giants team to chase a little harder than they have been doing in recent weeks.

Some pundits were impressed by West Coast’s ability to only lose by 74 points against the all-conquering Demons, and believe that they are finally trending in the right direction. The Eagles did look a little more committed in defence, but kicking five goals across four quarters is hardly cause for outbreaks of excitement.

The Eagles still have an extremely long injury list and will need to address their scoring issues before we get too enthused about their chances. They are much more likely to produce an upset in WA than they are on the road, so we expect them to be soundly beaten here.

The last time these sides met, GWS ball-magnet Tom Green grabbed 27 disposals, six clearances and booted two goals – impressive numbers. Green hit 27 disposals against the Blues in round nine, and we are expecting him to have another big game this week. West Coast get a boost with the return of Andrew Gaff, who will be looking to have an impact on his team’s centre clearance rates. At his best, Gaff is West Coast’s most reliable accumulator, and his clash with Green will play a big part in determining the winner and margin here.

In another one-sided betting market, we need to try and predict what type of margin the Giants are likely to inflict here. The line is set around the 38.5-point mark, with total points at a lowly 151.5 points. Showers and cold temperatures are predicted, which will stifle the scoring in what looks like a scrappy affair. Given these factors, we are tipping the Giants 1-39, currently paying $2.30 on Ladbrokes, and hoping the Eagles can be competitive around the inevitable stoppages. The danger is a last-quarter blowout, but we are happy to fade that possibility.

For those looking to squeeze some value out of this bottom-four clash, we have constructed a parlay that favours some high GWS possession numbers. We will go GWS 1-39, into Josh Kelly 25+ disposals, into Tom Green 25+ disposals. This triple-header will return a tasty $4.79 on Neds. The ball should spend long periods stuck in rugby-style rucks and allow for high disposal numbers.