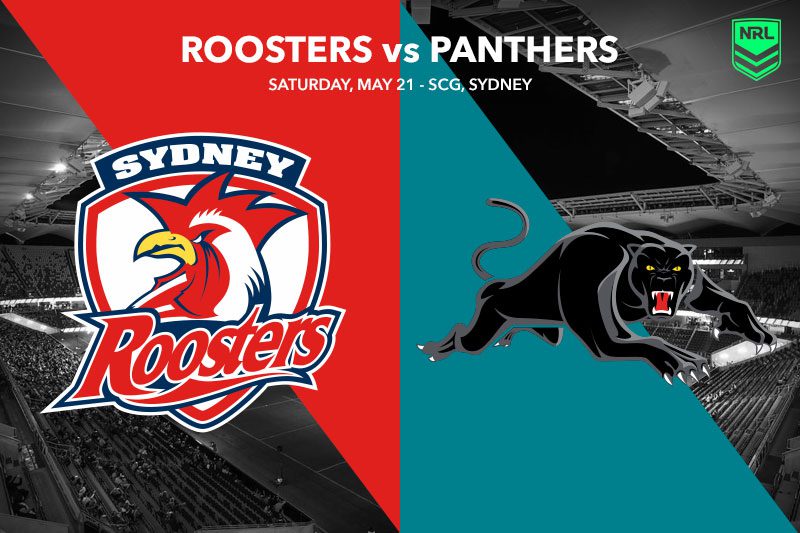 Super Saturday will finish in super style at the historic Sydney Cricket Ground as the Panthers and Roosters go head-to-head in round 11 of the 2022 NRL season.

The Panthers have named an unchanged to the side that belted the Melbourne Storm in Magic Round. Meanwhile, the return of Lindsay Collins for Sydney has been heavily outweighed by the loss of Victor Radley. The Panthers will be looking to rack up another streak of wins for this season, while the Roosters continue what will be an incredibly tough run over the next month that includes the Sharks and Storm.

The Panthers have played and lost one game at the SCG, but it should be noted that was not a premiership-winning team that played. The Roosters do have a 72% success rate at the SCG but have only won two of their four games there this year.

While rain has been predicted for Saturday night’s clash, not even the weather can slow down a Penrith side who have succeeded in the wet all year. The loss of Radley to the Roosters and the form of Penrith point towards a dominant victory for the boys from the west, so the obvious play is Penrith by 13+ points at $2.10.

The cover defence of Penrith so far this season has been incredible, stopping teams from scoring tries on either side of the field. So far this season, the Roosters have only been able to go around teams who find themselves lower on the ladder.

As far as player performances go, expect both Taylan May ($1.50) and Brian To’o ($1.55) to score more tries than Daniel Tupou and Joseph Suaalii respectively. Although, Roosters captain James Tedesco is always a chance to score, and the $3.25 in the anytime tryscorer market is worth a look.

Point-scoring in general, and point-scoring in the wet, is something that has not been difficult for the Panthers. The dominance of the Panthers attack in conjunction with their ironclad defence should see them win the race to 10 points, paying around $1.35 with online bookies.

Given the Roosters average 22 points scored per game, and the Panthers 29 points, it would be fair to predict this being a high-scoring match. With the total points line for this match set at 38.5, and both teams have high ceilings for point-scoring, it’s easy to see the total going over that line.

This battle of the fullbacks may be akin to David vs Goliath for some; however, these two have many similarities. In terms of average running metres and try assists, the pair are very similar. The impact these two stars have in their kick returns as well as their impact as a playmaker in attacking situations is incredible. Tedesco, however, bests Dylan Edwards in tries scored, tackle breaks and line breaks. This is a gap Edwards will need to bridge in order to prevent his opposite number from leading the Roosters to an unlikely win.