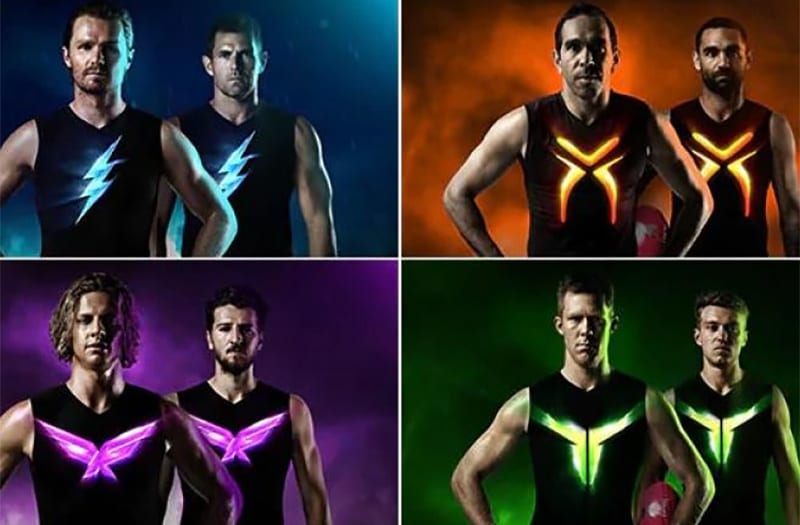 No one quite understands the rules.

No one quite understands the scoring.

No one quite understands why this competition even exists.

But, despite the scepticism and general disdain for how AFLX is different to the game we’ve grown up with and loved, you can’t deny football in any of its forms and the love punters have for it.

AFLX, the league’s newest experiment, will kick off on Friday, February 22nd and see Team Flyers, led by Fremantle captain Nathan Fyfe, start as favourite to win the title.

The Flyers, will go up against the Bolts (Patrick Dangerfield as captain), the Deadlys (Eddie Betts) and the Rampage (Nick Riewoldt) from 7.10pm AEDT at Marvel Stadium.

As far as the odds go, it’s Nathan Fyfe’s Flyers that will start as the favourite at $3.25.

The odds on offer for the winner are courtesy of Sportsbet:

Who is a good bet for the ultimate AFLX winner?

There’s no doubt that AFLX is a much better chance to attract eye balls this year with a number of the league’s best players taking part… for copious amounts of appearance money.

So, while fans of the individual AFL clubs hold their breaths and pray for their stars to escape without injury, it’s up to us to sift through the talent and find which teams are set up best, intentionally or not, for victory.

What AFLX requires is speed, fast ball movement and a mobile forward line.

So, which team fits the bill the most-effectively?

For our money, the Eddie Betts-led Team Deadly is the one that is built to win this tournament.

The team, filled with Indigenous talent like Betts, Bradley Hill, Jarrod Harbrow, Tim Kelly, Anthony McDonald-Tipungwuti and Lewis Jetta will be hard to catch. The apparent lack of height which would typically be absolutely exposed in the traditional game will be their weapon here.