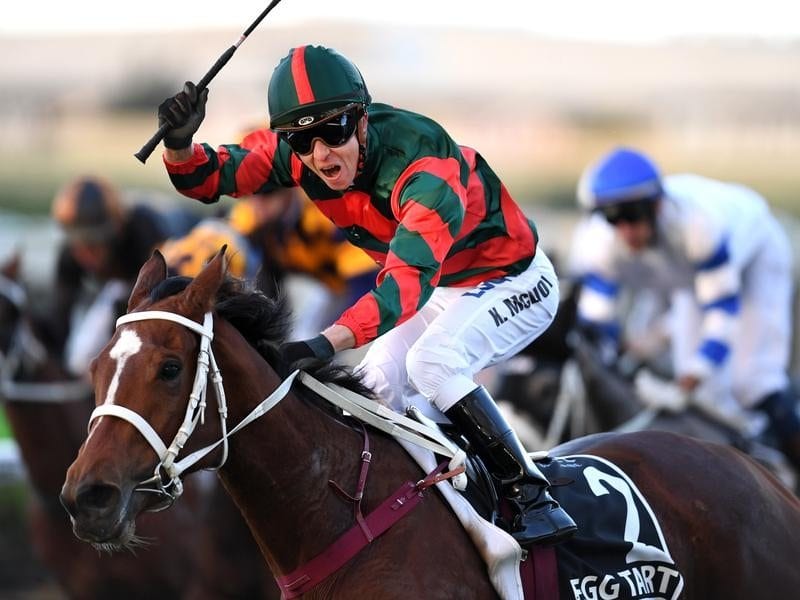 Epsom Handicap-bound Egg Tart has tuned up for the 1600m event with a Rosehill gallop between races.

Chris Waller’s leading Epsom Handicap contender has put in a pleasing race day gallop ahead of her bid for a third Group One win.

The winner of the Schweppes Oaks in Adelaide and Queensland Oaks in the autumn, Egg Tart is the second favourite behind Happy Clapper for next week’s $1 million Epsom Handicap (1600m) at Randwick.

As Waller often does with champion Winx, he brought the Egg Tart over from her Rosehill stable to the track to experience the race day atmosphere.

With Kerrin McEvoy aboard, the mare had a leisurely work-out until nearing the turn where she was given more rein and covered the last 600m in 35.58s.

“It was pleasing work just to keep her up to the mark,” Waller said.

“She’s a very relaxed horse and has come on well since her last start when she was second to a track record holder.”

In her first start since the Queensland Oaks in June, Egg Tart finished four lengths behind Deploy who covered the 1300 metres in 1:14.92.

That performance convinced Waller to strike a deal with the owners of the Gerald Ryan-trained Deploy for the stable’s slot in the $10 million Everest on October 14 when none of his stable’s sprinters proved up to the mark this spring.