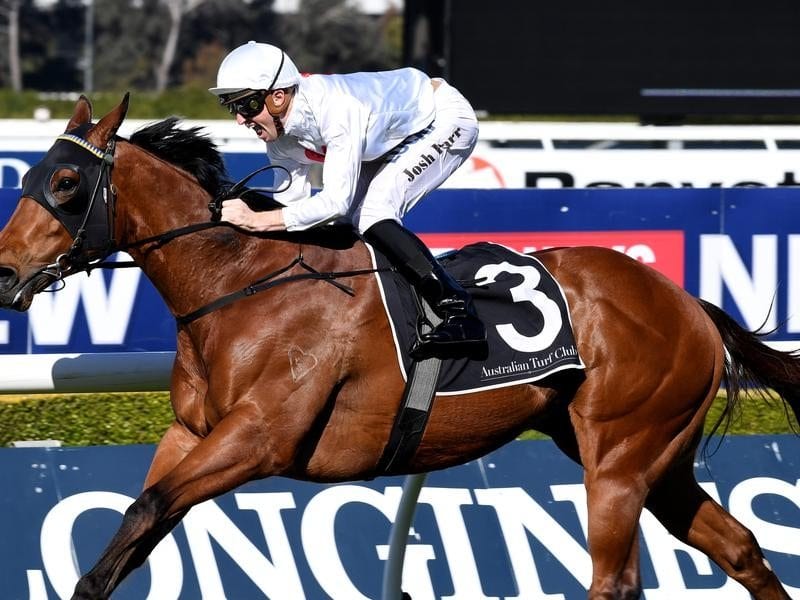 The Gerald Ryan-trained Deploy has secured a place in the $10 million Everest.

The field for the $10 million Everest continues to take shape with Chris Waller Racing announcing the Gerald Ryan-trained Deploy will occupy its slot for the world’s richest sprint race at Randwick.

Deploy is the eighth confirmed starter in the 12-strong field for the 1200m race on October 14.

Waller, Sydney’s premier trainer, could not find a suitable runner in his own stable and has selected the in-form Deploy who is also based at Rosehill.

“Given he is also trained out of our primary training base, we have been fortunate to watch his progression closely,” Waller said.

“We feel that Deploy is the perfect horse to link up with for the race given his rapid rise through the sprinting ranks in the last 12 months.”

Deploy has won seven of his nine starts this preparation, including a record-setting victory in the Group Three Show County Quality (1200m) at Randwick on August 19, where he clocked 1:08.06.

“It sees him well qualified to be very well credentialled for a race of this magnitude,” Waller said.

Ryan was rapt Deploy made the cut.

“He’s in devastating form,” he said.

Three weeks after the Show County Quality, Deploy set another record when he ran 1:14.92 for the Rosehill 1300m in the Group Two Theo Marks Stakes.

Ryan said a five-week break leading into The Everest would be ideal.

“Coming off two hot races like that you can tick him over and gallop him between races somewhere or give him a trial,” he said.