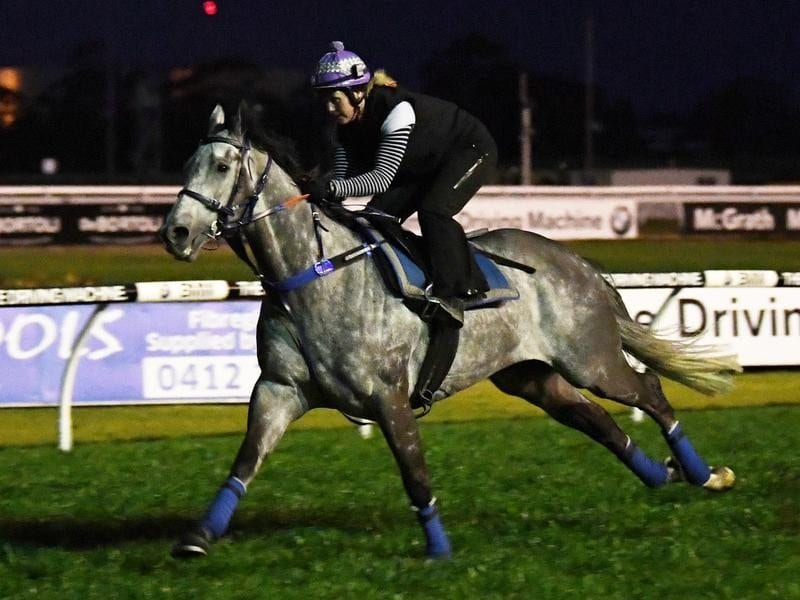 Chautauqua has worked well in the lead-up to his return in The Shorts at Randwick.

The Everest might loom on the horizon, but Hawkes Racing is staying grounded ahead of Chautauqua’s return to racing in The Shorts at Randwick.

A three-time TJ Smith Stakes winner, Chautauqua shares top billing with super mare Winx on Saturday and although next month’s inaugural Everest (1200m) is a focal point that race has not influenced the seven-year-old’s lead-in.

“It’s just the same. Just because it’s a $10 million race doesn’t mean it’s any different to anything else,” co-trainer Michael Hawkes said.

“He’s where he is at every start of every prep, going forward. There’s plenty left.

“He’s had two good trials. His work’s been good. I can’t fault him.”

Chautauqua races for the first time since his record third TJ Smith win at Randwick on April 1 when he came from last to pip English by a short-neck.

He has been prepared with trials at Warwick Farm and Rosehill with new jockey Brenton Avdulla aboard.

Avdulla replaces Tommy Berry who has moved to Hong Kong.

“He’s drawn out wide (8). There’s a lot of speed inside and English is outside us. It’s a classy field, but he’s a classy horse.”

Chautauqua has five wins first-up and two placings and Hawkes was anticipating another strong showing in a virtual mini-Everest that also features locked-in runners English and Fell Swoop.

“He’s won six Group Ones. He’s an international winner. He is what he is,” he said.

He was confident Avdulla would prove an able replacement for Berry in The Shorts, Premiere Stakes and The Everest.

“Obviously Brenton is new to it but he’s had two trials on him,” Hawkes said.

“He’ll no doubt be talking to Tommy to get a little bit more information.”

“You can’t try and dictate to him, he dictates to you.”