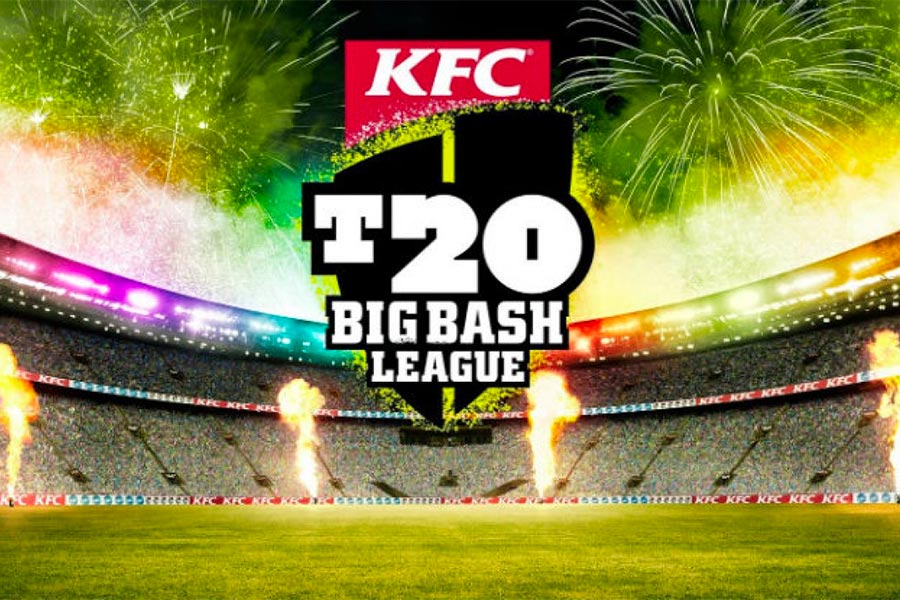 The 11th edition of the T20 Big Bash League kicks off on Sunday, December 5, when the Sydney Sixers will commence their pursuit of a third consecutive BBL title. The squads have now taken shape, so let’s see how the major Big Bash futures markets are looking ahead of the 2021/22 campaign.

It is no surprise to see the Sydney Sixers ($4) start the campaign at the top of the BBL outright betting. They went back-to-back over the past two seasons and should be there or thereabouts again this summer.

The Perth Scorchers ($5) are rarely out of the money in the BBL, having won three titles and finished runner-up on three more occasions. They were the losing finalists last season and will be determined to go one better this time around, although Ashes selections could weaken their squad given Cameron Green, Josh Inglis and Jhye Richardson are all in the mix for a Test berth.

The Melbourne Stars ($6) are another side who seldom miss the playoffs, but that is what happened last summer as they slid to seventh on the BBL table. Led by Glenn Maxwell and boasting a deep squad with few current Australian Test players, the Stars are tipped to bounce back into title contention this season.

There is not much between the next few teams. The Hobart Hurricanes and Sydney Thunder share a $7 quote, while the Adelaide Strikers and Brisbane Heat are locked together at $8. All four of those teams are capable of finishing in the top few, and the availability of star players at key points of the season could prove critical.

Lagging well behind the rest are the Melbourne Renegades ($13), who are on track to claim the wooden spoon for the third year in a row. The mix of established veterans and promising youngsters is bound to bear fruit at some stage, but it doesn’t look likely to happen this season – especially with star opener Shaun Marsh set to miss most of the campaign through injury.

It is interesting to see Marcus Stoinis ($7.50) at the head of the BBL top runscorer market given he has recently moved down the order in both IPL and T20I games. If he opens for the Stars, then get around him; if not, then there is much better value to be found.

Alex Hales ($9.50) was the top runscorer in BBL10 and should be in the upper reaches of the batting charts again this season. The Englishman hits a monster ball and is hard to stop once he gets on a roll. If Hales backs up with another strong campaign, the Sydney Thunder will be in the top half of the table.

Chris Lynn has been plagued by injury throughout his career and was well below his best last season, but the $11 quote looks overs for a player who can dismantle any bowling attack when he is up and about. He relinquished the Brisbane Heat captaincy earlier this year to focus on his batting, and that should be a warning shot to the rest of the competition.

Aaron Finch at roughie odds of $18 is also hard to ignore. Like Lynn, the Renegades stalwart has given up the captaincy in order to focus on his cricket. Finch endured a lean BBL10 and wasn’t among Australia’s best at the T20 World Cup, but we all know how damaging he can be when he gets on a hot streak. At that price, he is worth a look.

The three spinners at the upper end of the BBL top wicket-taker betting are all ranked among the top seven T20I bowlers in the world, so there is a bit of quality to choose from. Rashid Khan ($9.50) has had to juggle international duties in recent years, but the situation in Afghanistan at the moment means he is likely to play most, if not all, of the season. He is our pick of the tweakers, but we wouldn’t blame you for taking the $8.50 about Adam Zampa after his T20 World Cup heroics.

Among the seamers, it is hard to look past the $12 for Ben Dwarshuis. The Sixers veteran played only 12 games last term and finished with 24 wickets – a tally bettered only by Jhye Richardson’s 29 poles from 17 appearances. With Richardson likely to feature in the Ashes this summer, Dwarshuis has to be a decent shout to top the bowling stats.

If we scroll a bit further down the market, the $26 for Peter Siddle stands out. The Victorian quick has been a revelation in T20 cricket since retiring from internationals, taking 19 wickets in each of the past two BBL seasons. If the Adelaide Strikers can make the Big Bash finals this summer and win a game or two there, Siddle could be the man to finish on top of the pile.